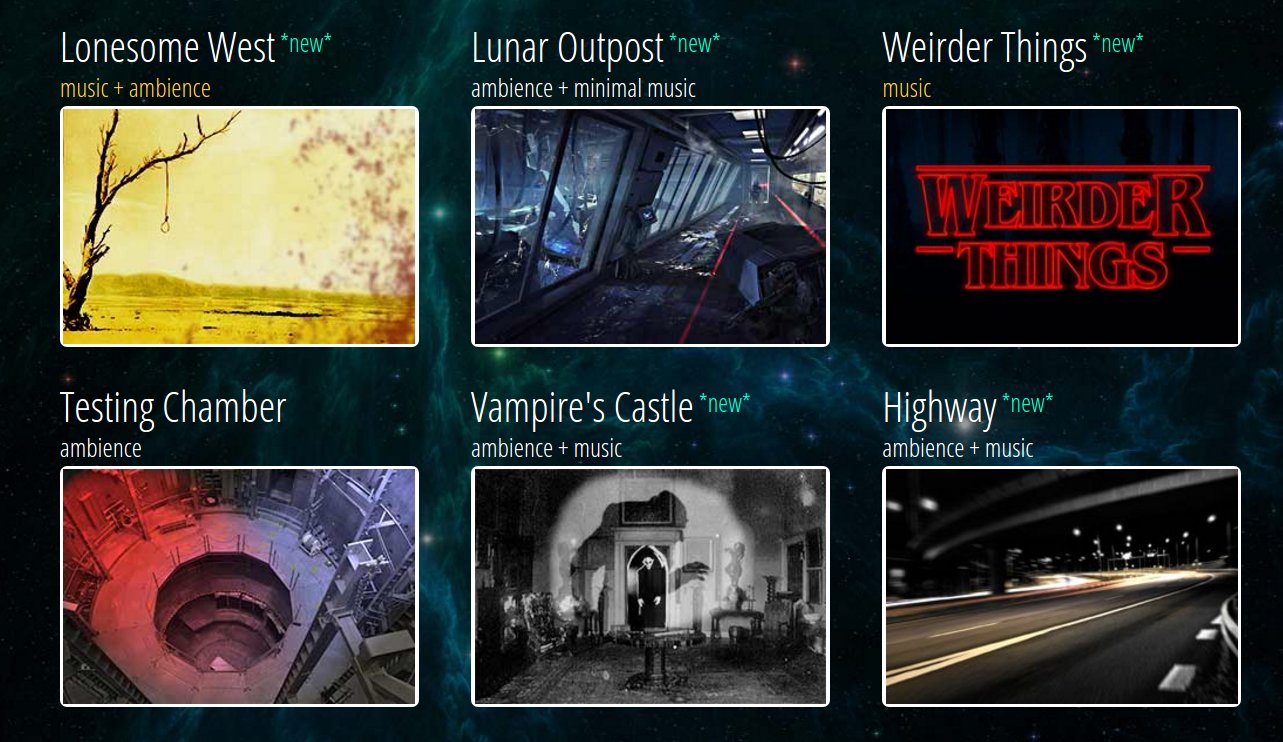 They're free to use for noncommercial purposes and the creators welcome license queries for commercial users. I can really see how this would make an RPG session amazing. The playlist generating tool is great, but seems to lack a way to embed the player, meaning you'll have to follow the link below to get a taste of the audio on offer.

While it was originally developed as a resource for players and GMs of tabletop role-playing games, I have received so many emails from other types of users that I felt it was time to refine this section.

According to you all, Tabletop Audio is for: Role-players, boardgamers, writers, coders, artists, graphic designers, teachers, house-cleaners, lucid dreamers, gym-rats, distance runners, commuters and ANYONE who wants to immerse themselves in the audio-space of one environment, while physically inhabiting another.