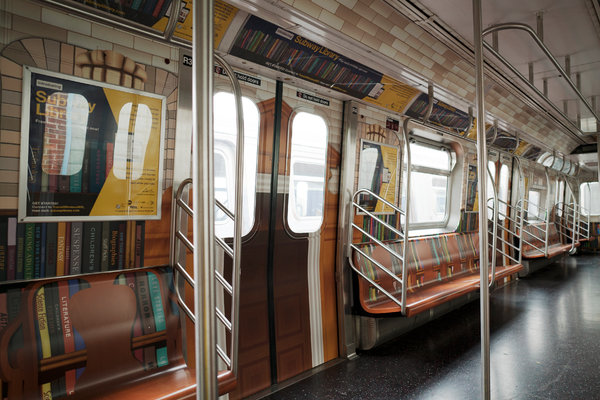 It's just one of the many excellent ways that NYPL is leading on ebooks, from lending patrons wireless hotspots ("borrow the entire internet!") to the world's greatest elending platform, to the world-beating public domain repository to the amazing, wall-climbing book-train!

“It used to be that you were ‘unplugged’ on the subway, and even though you’re connecting to the wireless now, you’ll still have the sense of being unplugged when reading books,” said Lynn Lobash, manager of reader services for the New York Public Library. “It’s a lot different than the frantic sense of checking your email or being on Twitter.”

New York Today: A City Library, on the Subway