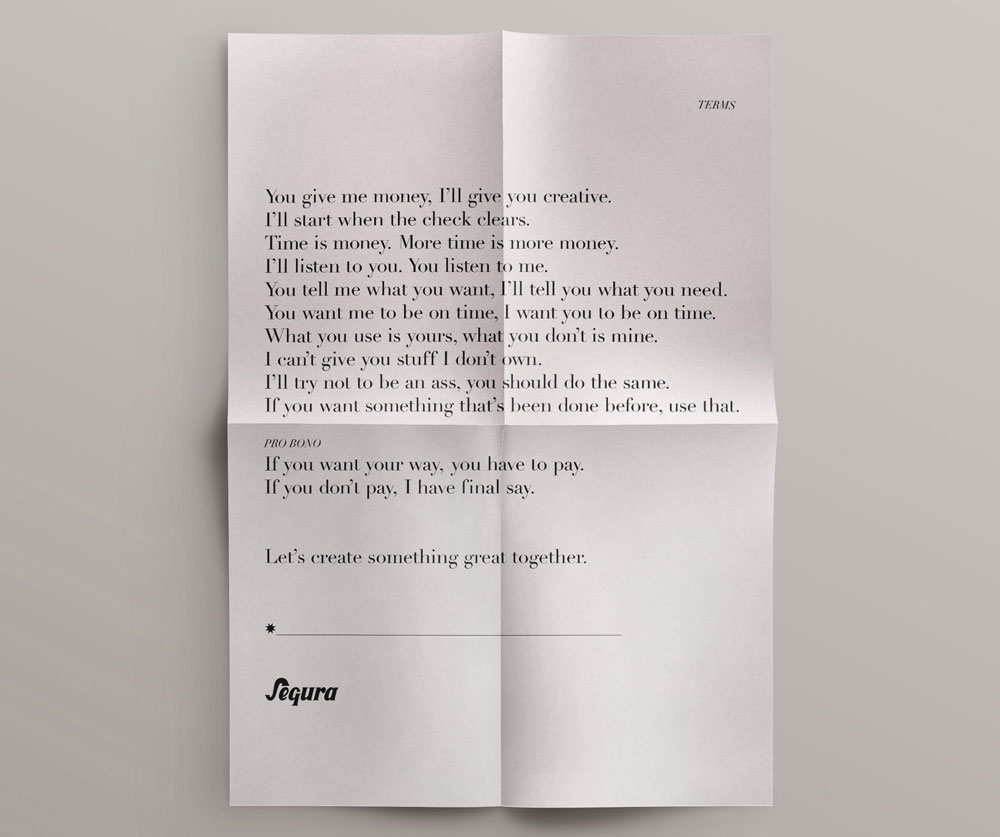 Chicago-based design firm Segura has streamlined their contract. The result is a simple, but effective, agreement that leaves out all pretentious jargon.

You give me money, I’ll give you creative.

I’ll start when the check clears.

You tell me what you want, I’ll tell you what you need.

What you use is yours, what you don’t is mine.

I can’t give you stuff I don’t own.

I’ll try not to be an ass, you should do the same.

If you want something that’s been done before, use that.

If you want your way, you have to pay.

If you don’t pay, I have final say.

Let’s create something great together."

In case you're wondering about the legality of this, Basecamp's Founder and CEO Jason Fried remarks:

For those who will be quick to point out legal holes or missing protections, there are many ways to do business. One way is working with clients you trust — people who appreciate this approach to work. And if you guessed wrong, and someone fucks you, rather than pursuing legal remedies which cost even more time, money, and hassle, there’s an alternative: Take your losses, wash your hands, and don’t work with them again.

In 1996, Benjamin Schreiber, 66, was sentenced to life in prison for killing a man with an axe handle. A few years later in the Iowa State Penitentiary, Schreiber suffered from septic poisoning, briefly died, and was resuscitated. So he argued to an Iowa appeals court that he has served his sentence and should be […]