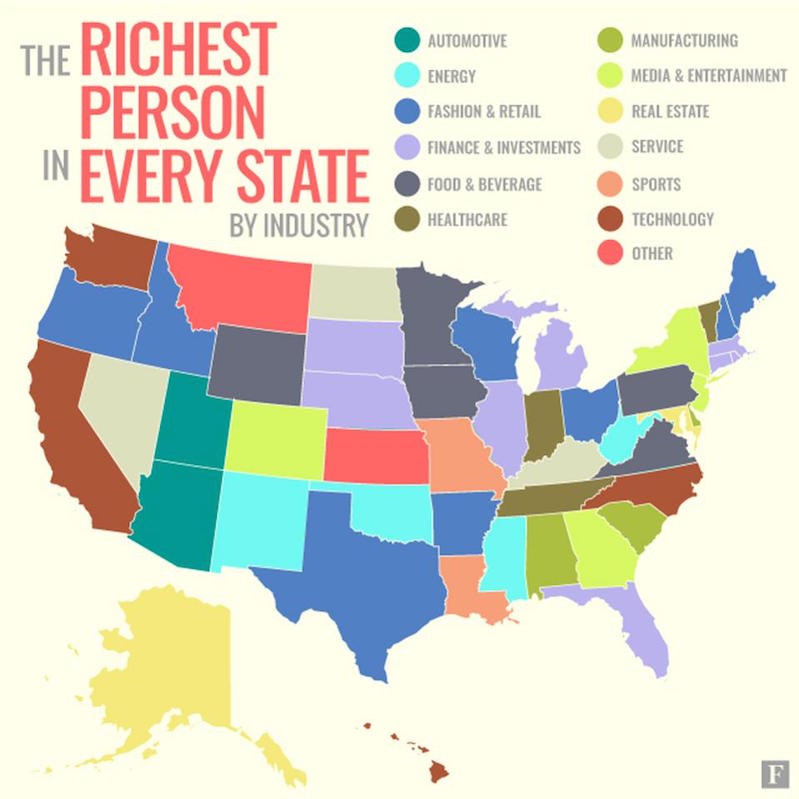 You might think every American state is overrun with tech billionaires, given the amount of press they get, but Forbes shows that the richest person in each state is more likely to have made their fortune in fashion, retail, finance, or investing:

They made their money in industries as varied as the states they call home. The most popular industries for minting a state-leading fortune: fashion & retail, and finance & investments. These sectors each claim 8 list members. Next up is food & beverage, with 5, followed by a three-way tie between manufacturing, media & entertainment, and technology, with 4 apiece.

Forbes has extensive coverage of their 2017 list in case you're wondering whom the poor in your state will eat first in the uprising.

• The Richest Person in Every State (Forbes)