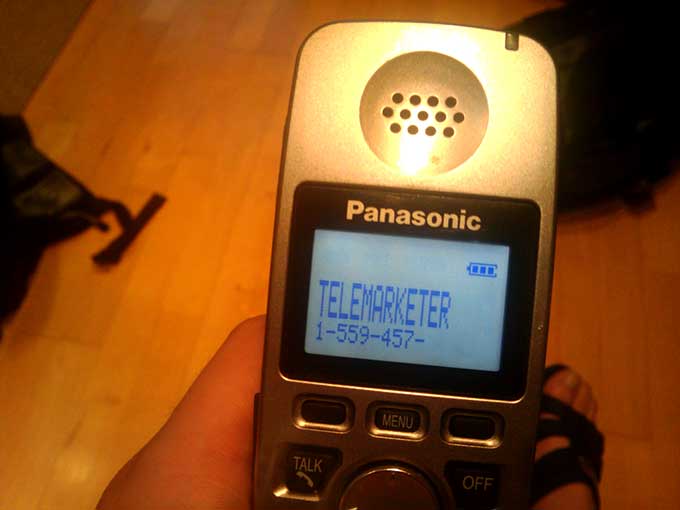 Federal Communications Commission officials say Adrian Abramovich of Florida made as many as a million illegal telemarketing calls a days, at times using lines reserved for hospital emergencies. FCC Chairman Ajit Pai said at a hearing yesterday, “This scheme was particularly abhorrent because, given its breadth, it appears to have substantially disrupted the operations of an emergency medical paging provider. It did this by slowing down and potentially disabling its network. Pagers may be low-tech, but for doctors, these devices are simple and dependable standbys.”

According to complaints sent to the FCC, homeowners have said for years that robocalls have been trying to get them to sign up for fake free trips or vacations. The robocalls would tell the victims to "press 1" to hear more about exclusive vacation deals with companies such as TripAdvisor, Expedia, Hilton, and Marriott and then route anyone who fell for the scam to a call center, where the perpetrators would try to hook gullible customers into buying time-shares that had nothing to do with those companies.

Eventually, TripAdvisor got wind of the illegal calling campaigns and launched its own investigation, which traced the calls back to Abramovich, who ran a company called Marketing Strategy Leaders out of 2000 Bayshore Dr., a swanky address in the gated Coconut Grove community L'Hermitage. In April 2016, TripAdvisor tipped off the FCC.

Abramovich will be given to opportunity to respond to the FCC's findings before the fine is imposed.

Robo Revenge is the latest brainchild of Joshua Browder, creator of the robolawyer parking-ticket-fighting app called DoNotPay. Robo Revenge gives you a burner credit card, which provides its robolawyer with the contact info for the telemarketer, and then files a suit against them. Vice has more details: Robo Revenge combines both features to automatically add […]

This video shows a method for “torturing” telemarketers that appears to be as effective as Lenny but much simpler. In fact, it’s just one word. Can you guess which one it is?

The Jolly Roger Telephone Company is a service that answers phone calls with pre-recorded bots designed to keep telemarketers on the line as long as possible. In these recording, we can hear a scammer trying to trick a bot into paying money for bogus vacation credits. The bot keeps her on the line for 14 […]