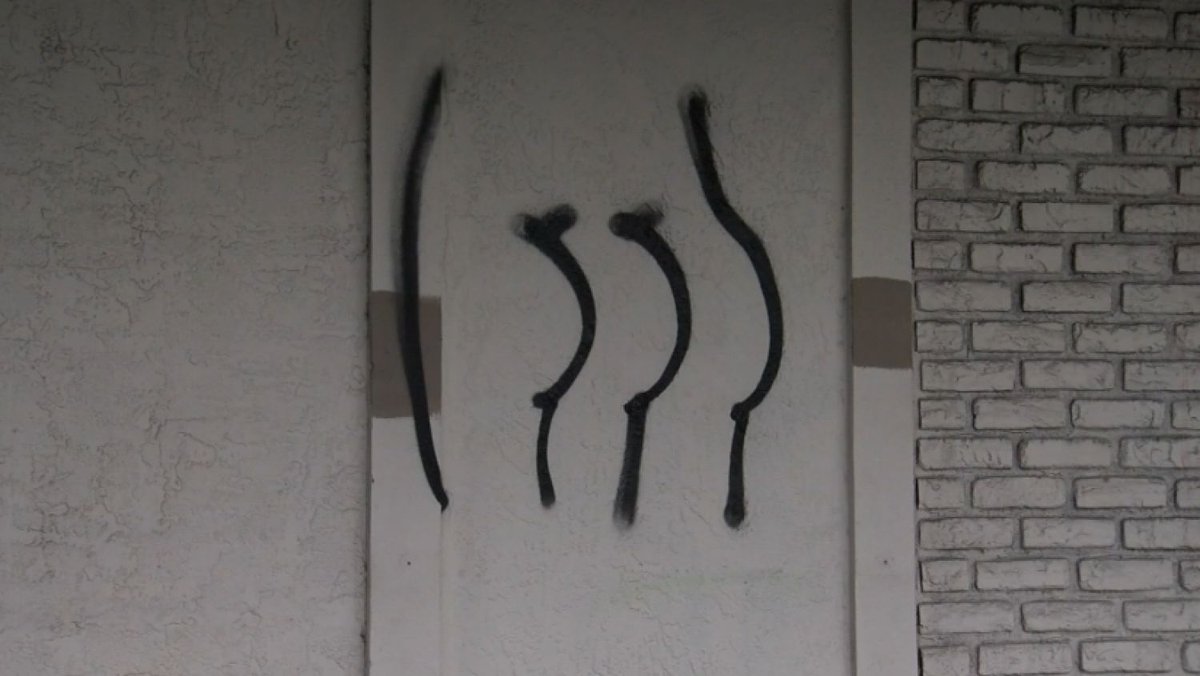 Authorities in St. Petersburg, Florida, are battling an onslaught of graffiti depicting a three-buttocked arse. NBC affiliate WFLA reports that the design has appeared at least twenty times across the city. It is thought to be the calling card of a single anonymous artist, who police stress is breaking the law.

St. Pete is a city known for its beautiful art and stunning murals. Many people are upset by this new graffiti involving a tush trend. They don’t like the fact that the bold buttocks are suddenly everywhere.

“There should be consequences. You can’t just take it upon yourself to do whatever you want to do,” another man said.

We shall speak in hushed tones, over the beachfires where the Suwannee meets the shore, of the great triple-arsed god worshiped by those who once lived in the sunken cities of the Florida sea.

Back in 1938, a local Florida cruise operator called Colonel Tooey — “Colonel” was in fact his first name, according to the New York Times — let loose about a dozen rhesus macaque monkeys onto a man-made island inside Silver Springs State Park. According to National Geographic, Colonel had big plans to build a Tarzan-themed […]

Yesterday, Christian Mosco of Volusia County, Florida was sentenced to ten years in prison after impersonating two assistant state prosecutors and attempting to use a fake court document to drop charges against himself. Mosco had previously been busted for extortion. According to the Daytona Beach News-Journal, the new charges include “two counts of falsely impersonating […]