FBI surveillance van from the 1980s on eBay 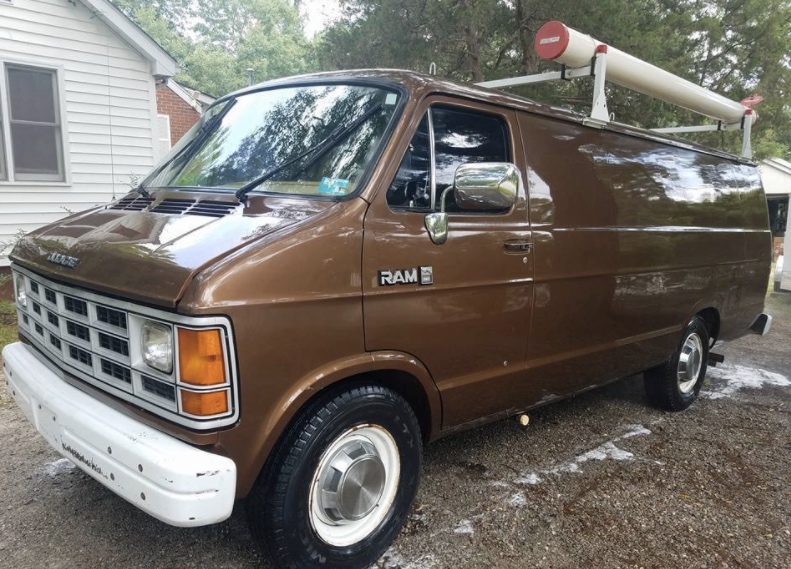 Ginter Senfeldas of Cary, North Carolina, says he purchased this 1989 Dodge Ram 350 "FBI surveillance van" from a government auction site. It's apparently outfitted with vintage A/V tech, external microphones, pinholes for cameras, and other interesting modifications. Apparently when he purchased it, there were handcuffs, binoculars, "and even leftover video from an old FBI stakeout" inside.

From the auction listing, details of the "interesting" features:

3 Extra Batteries + onboard charger/adapter
Toilet in the back
2 LCD Screens
Video recorders/Players with all the gadgets
Tape Recorder/Player
INTERCOM
Rear AC/Heat Unit
Propane Tanks
Radars
Amplifiers
A lot of 110V Sockets
* You can turn off/on the engine from the back *
Every door has extra locks!