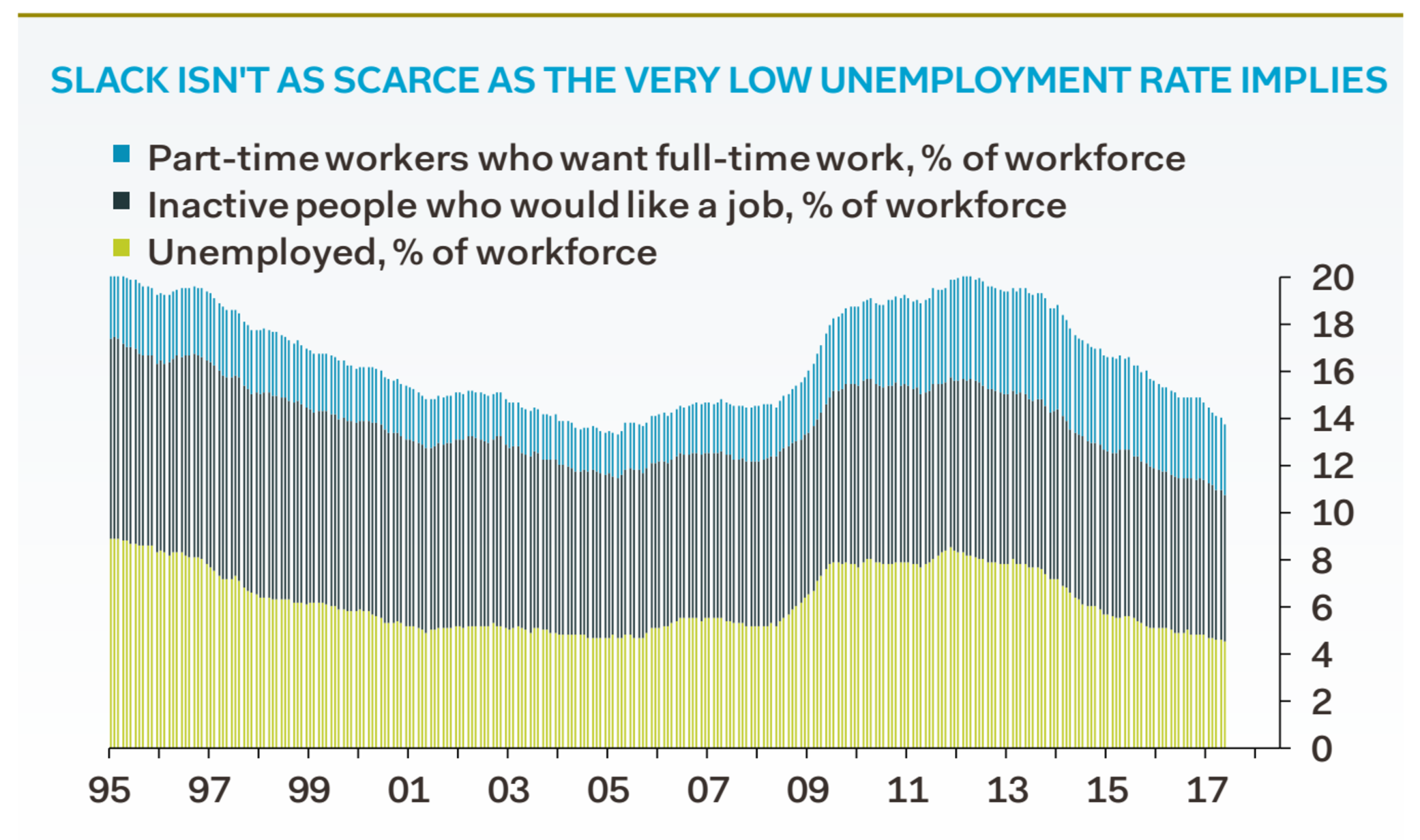 The UK -- like most countries -- excludes "inactive workers" (students, new parents, people who don't want a job) from its unemployment figures, but "inactive" is such a slippery concept that it can paper over huge cracks in the labor market.

The official UK unemployment rate is 4.5%, the lowest its been since the 1970s. The true rate is more like 14% or higher. The dark matter of UK unemployment is about what you'd expect: people in the "gig economy" who hate it, people on zero-hours contracts or in part-time work who want full-time work.

By excluding inactive workers from unemployment rate, statisticians supposedly capture a measure of unemployment that is more relevant to wages. When unemployment falls low enough, almost anyone can get a job, and so wages should start to rise.

But despite rock-bottom unemployment numbers, UK wages are stagnating, even as fundamentals like housing costs are spiraling out of control, leaving those in work much, much poorer.

On paper, Britain is supposed to be doing well — growing economy, low unemployment. So why did Jeremy Corbyn's Labour Party get so many votes in the latest election? (Answer: People still feel poor, their wages are not rising, and one in seven workers is out of work.) Why did a majority of voters choose Brexit? (Answer: The economy for men is basically still in recession, and men don't like losing their economic power, so this was a good way of "taking back control.") And why are so many people trapped in the "gig economy," making minimum wage? (Answer: Because the true underlying rate of unemployment means companies can still find new workers even in a time of "full employment.")


So yes, it's great that we have low unemployment in Britain.


But it would be better if economists (and the business media) were a bit more up-front about how our definition of unemployment actually masks the real rate of worklessness, which today is quadruple the official rate.