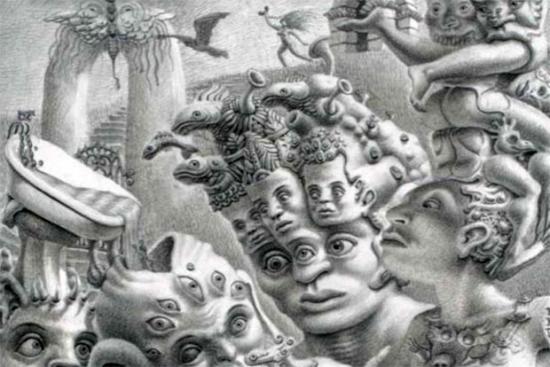 David Luke, a University of Greenwich psychology lecturer and researcher of high weirdness, has a new book out with the compelling title of Otherworlds: Psychedelics and Exceptional Human Experience. Based on the blurb, it sounds like an absolute trip:

A psychonautic scientific trip to the weirdest outposts of the psychedelic terrain, inhaling anything and everything relevant from psychology, psychiatry, parapsychology, anthropology, neuroscience, ethnobotany, ethnopharmacology, biochemistry, religious studies, cultural history, shamanism and the occult along the way.


Staring the strange straight in the third eye this eclectic collection of otherworldly entheogenic research delivers a comprehensive and yet ragtaglledy scientific exploration of synaesthesia, extra-dimensional percepts, inter-species communication, eco-consciousness, mediumship, possession, entity encounters, near-death and out-of-body experiences, psi, alien abduction experiences and lycanthropy. Essentially, its everything you ever wanted to know about weird psychedelic experiences, but were too afraid to ask…