If you only read one Amicus Brief this year... 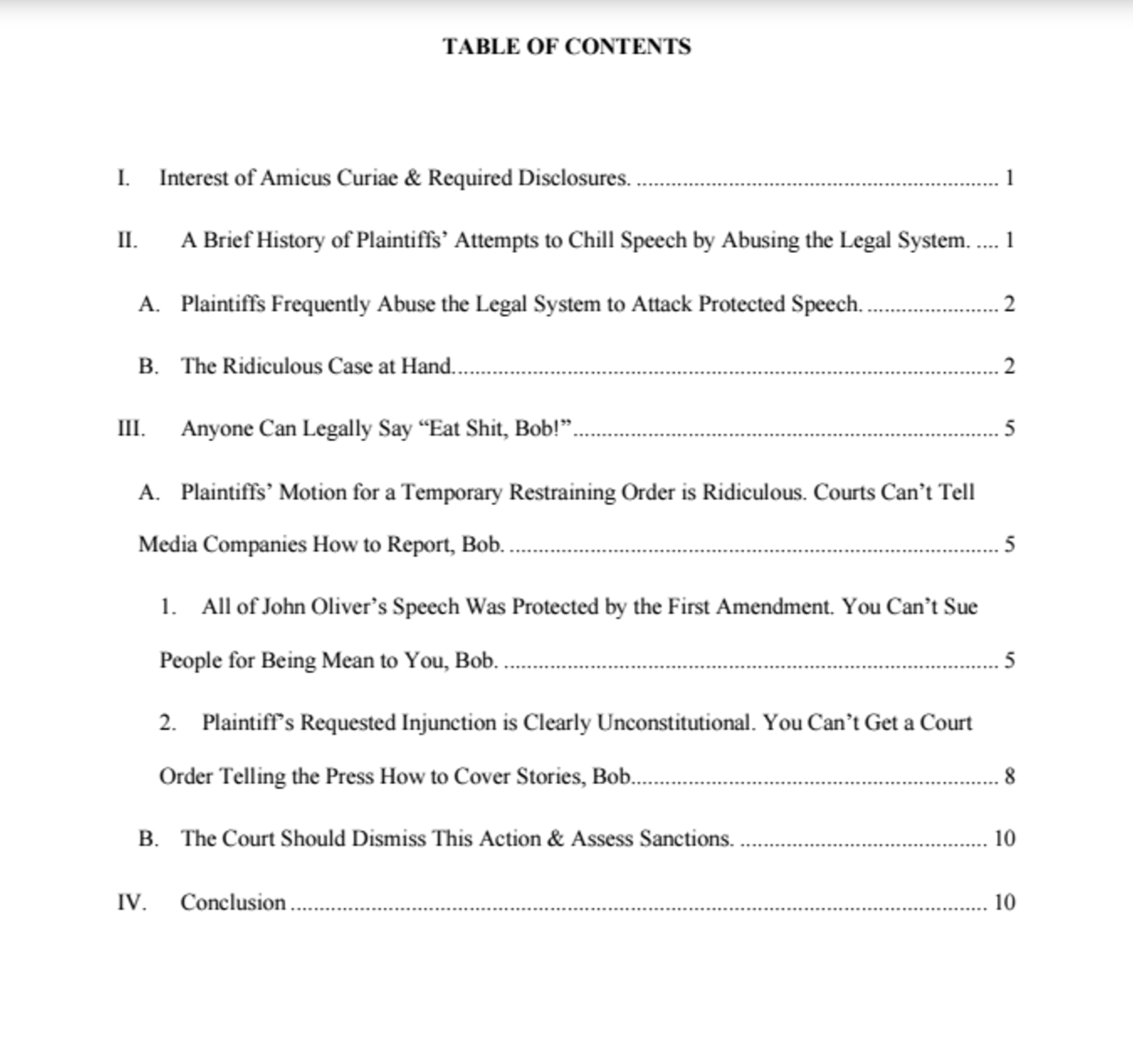 You only need to read the Table of Contents to know the ACLU of West Virginia's Amicus Brief on the case where coal company CEO Robert Murray, of Murray Energy, is suing John Oliver for defamation is gonna be special.

I am especially looking forward to section III.

More than 12 workers at Whole Foods stores in 4 different U.S. states claim in a class-action lawsuit that the Amazon-owned retailer retaliated against them for wearing apparel associated with the Black Lives Matter movement.