Is this artwork, winner of a drawing prize, even a drawing at all? 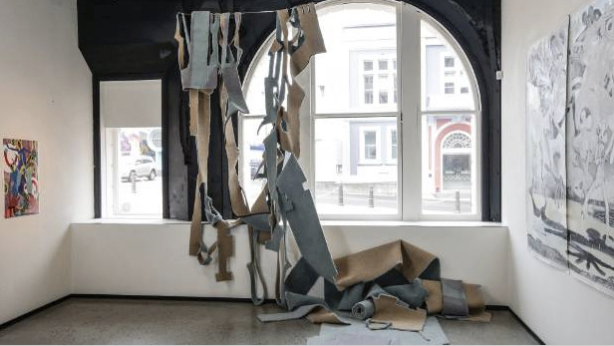 
"First of all, I've sort of re-represented a drawing made by someone else," Lillico said."Drawing, to me, it's not just about a pencil and paper. I'm using a knife and carpet and hanging it in a space to achieve the same ends."


According to Lillico, State Block was inspired by someone else's architectural floor plan for a state-owned apartment.


"It's looking at the architectural (drawings) – positive, being black (drawn lines of an architectural design), and the negative being the spaces we occupy," she said.