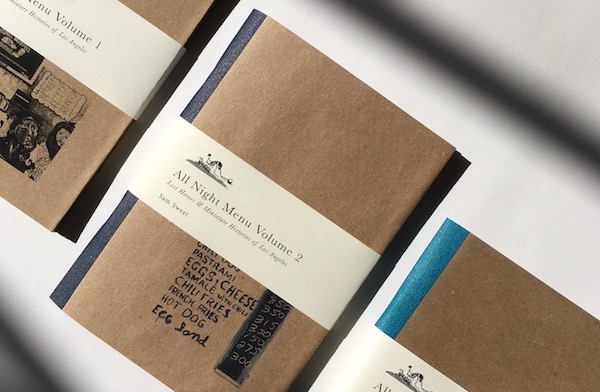 “All Night Menu” started with a question: What is a well-known photograph of William Faulkner not telling us about his time in Hollywood? Since then writer Sam Sweet has spent four years prowling LA for its most closely-held stories. The result is a lovingly-produced, meticulously-researched and gorgeously-written three volumes of the city’s secret history.

This is the third episode of Season 5. You can catch up on the whole series at the iTunes Store. While you're there, please take a second to leave the show a rating and review. And you can subscribe right here: