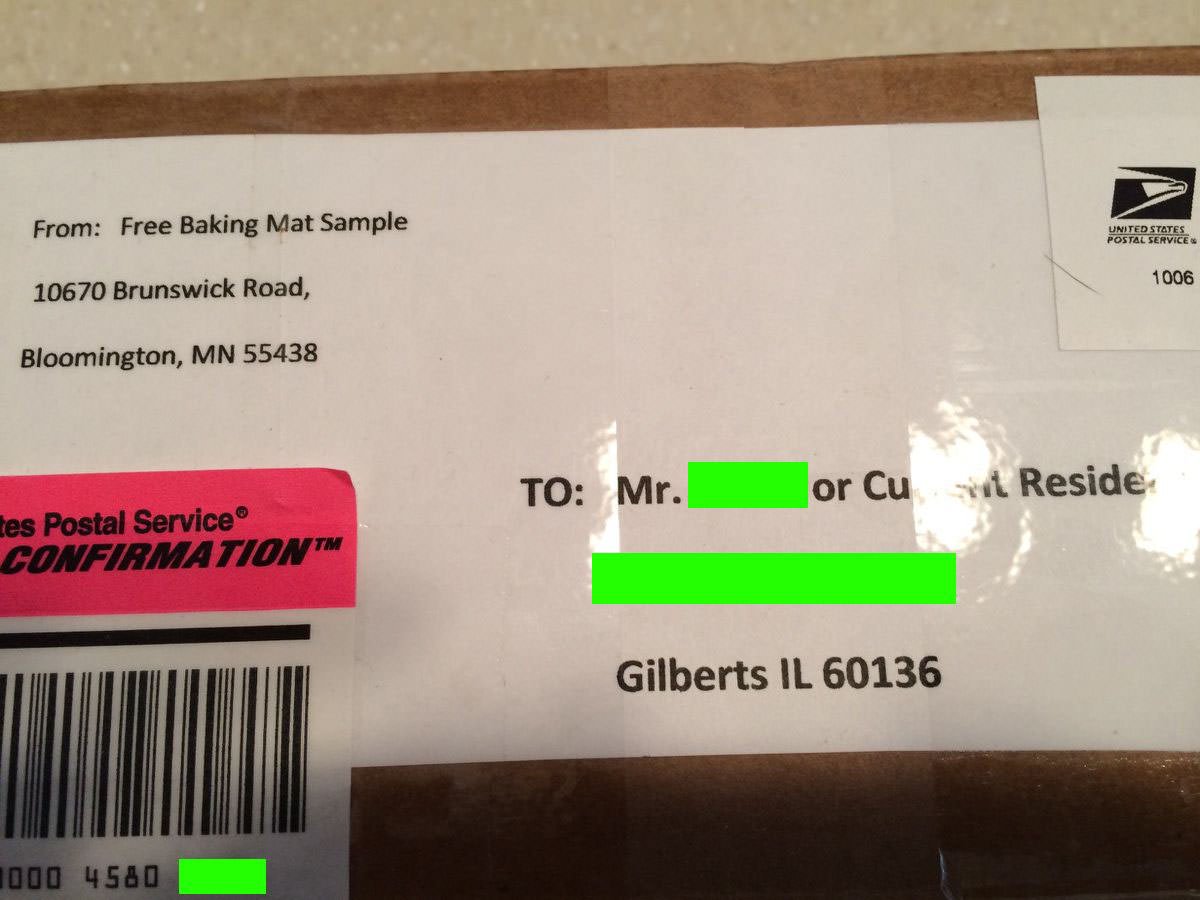 Ziemowit Pierzycki bought a $1500 used lens from an Amazon seller who turned out to be a scammer with an ingenious trick: the crook researched a recently widowed person across town and sent them a parcel with a couple of baking mats addressed to the deceased "or current resident."

The widow signed for the parcel, and thus Amazon saw that the shipper had sent something out with a valid tracking number, and that the USPS tracking system reported that the item had been signed for, and refused to process a claim for fraud, closing the trouble-ticket and telling Pierzycki to buzz off.

The scam only works because Amazon's anti-fraud system only validates the shipping city and the tracking ID, but doesn't consider the actual address or the weight of the shipped parcel (the parcel weighed 8 ounces, while the lens weighs 3.2 lbs). Somehow the scammer figured this out.

My guess is that since this scam was conducted across state lines using the US mails, Pierzycki could involve the US Postal Inspectors, but that's a long and slow process compared to getting an Amazon refund. Alternatively, Pierzycki could ask for a refund from his credit-card company, which might trigger some in-depth human scrutiny from Amazon.

This is when I felt like I hit an “Amazon wall,” with nothing left to do or try. I’m disputing the charge with my credit card right now. If the credit card dispute doesn’t work out in my favor, I am left with only one option, and that’s small claims court. According to Amazon’s Customer Agreement, I am exempt from Arbitration if my dispute qualifies for small claims court.

So that’s the story of how I found myself in a customer service nightmare after getting tricked by a $1,500 Canon camera lens. Hopefully, my story serves as a warning to be careful when buying used gear, even if it’s through an online retailer as trustworthy as Amazon.

I Fell Victim to a $1,500 Used Camera Lens Scam on Amazon
[Ziemowit Pierzycki/Petapixel]