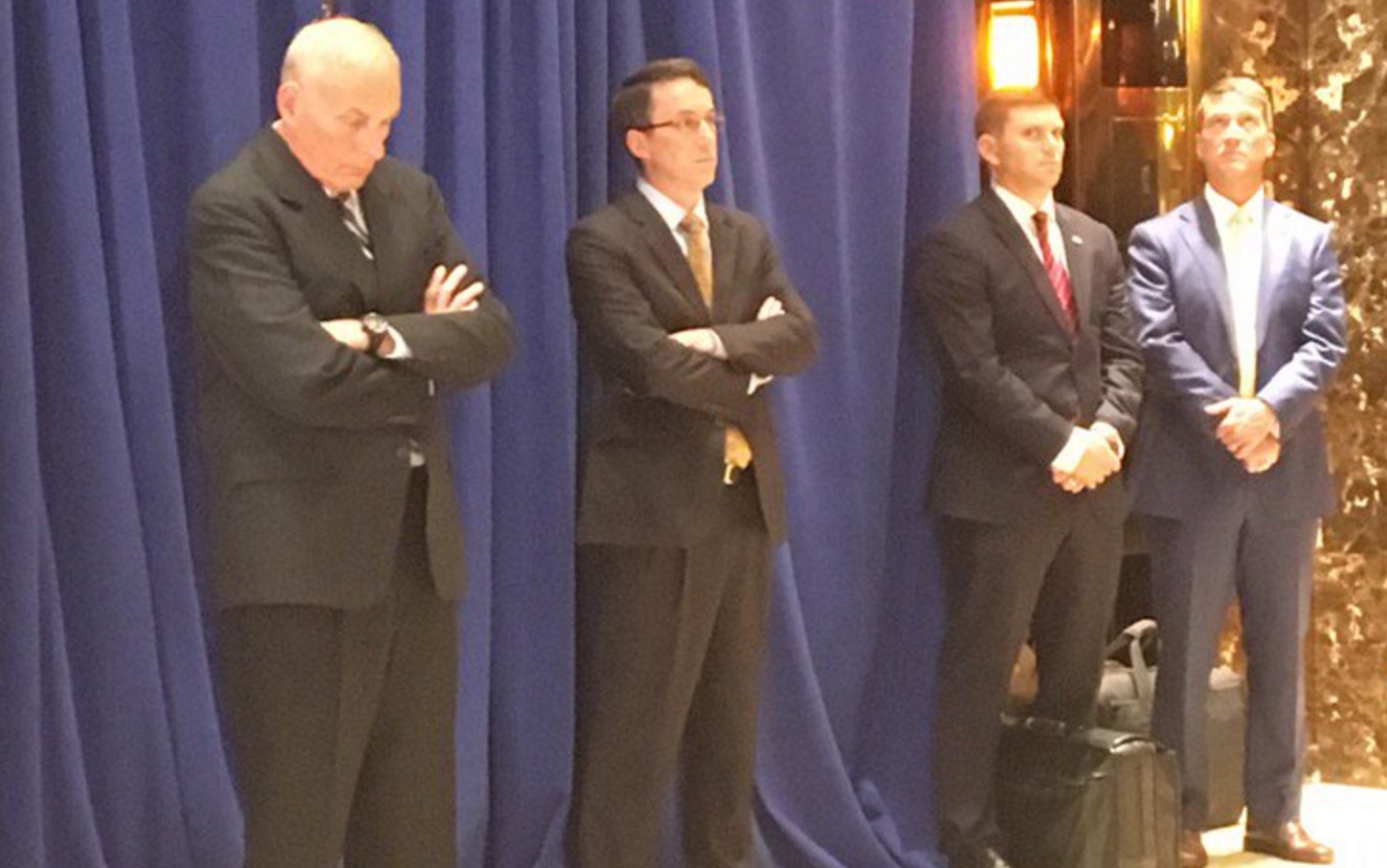 When Trump was on the campaign trail, he had a surefire racism strategy: he'd say something horribly racist ("Mexicans are rapists") then refuse to back down (giving comfort to overt racists), then finally back down a little (giving comfort to closet racists), then complain that the press wouldn't accept his apology (reinforcing his point that the media was unfair to him and pleasing his whole base).

This stopped working as soon as he took office, and keeps turning into more and more of a disaster, culminating with Charlottesville and Trump's unwillingness to condemn racists waving swastikas and chanting "Jew will not replace us" and then murdering an anti-racist activist -- the lowest moment in Trump's failing race-strategy (so far).

The "secret technique" never failed Trump as a candidate. But the buffoon act hasn't worked in office, leaving him cut off and in a psychological tailspin. Being alone and despised in the pressure cooker of the presidency seems to be driving Trump quite mad, if his response to Charlottesville is any indication.


The fallout from Virginia played out much like every other major Trump controversy. He started with a trademark stretch of ignominious silence, then moved on to a monstrous and indefensible public statement. Then his surrogates said the obvious things Trump himself was not yet ready to say. National Security adviser H.R. McMaster called the vehicular attack by 20-year-old neo-Nazi James Alex Fields Jr. that killed counterprotester Heather Heyer "terrorism," and daughter Ivanka, supposedly the administration's secret human being, needed a whole day before she was able to say there was "no place ... for racism, white supremacy and neo-Nazis." Finally, on Monday, August 14th, two days after the incident, Trump himself said "racism is evil" and added that "the KKK, neo-Nazis and white supremacists" were "criminals and thugs." But by the next day, he was back on the offensive in a wild-eyed impromptu presser at his Saddamoid Trump Tower that may go down as his Beautiful Mind break-from-reality moment.

He went to the lobby to face a phalanx of buzzing reporters, angrily barking back all those begrudging by-rote remarks he'd just made about the wrongness of bigots and racism. As he spoke, he was flanked by National Economic Council chair Gary Cohn, Treasury Secretary Steven Mnuchin and Transportation Secretary Elaine Chao – two Jews and an Asian-American woman, who all looked like they were ready to swallow their own faces the moment Trump began to speak. Former Goldman honcho Cohn must have been dreaming of the salad days when he was merely the globally despised co-head of the world's most infamous investment bank. What impelled these people to stand by Trump at this moment will be a thrilling mystery for future historians to unravel.