How the worst airline accident in history was avoided 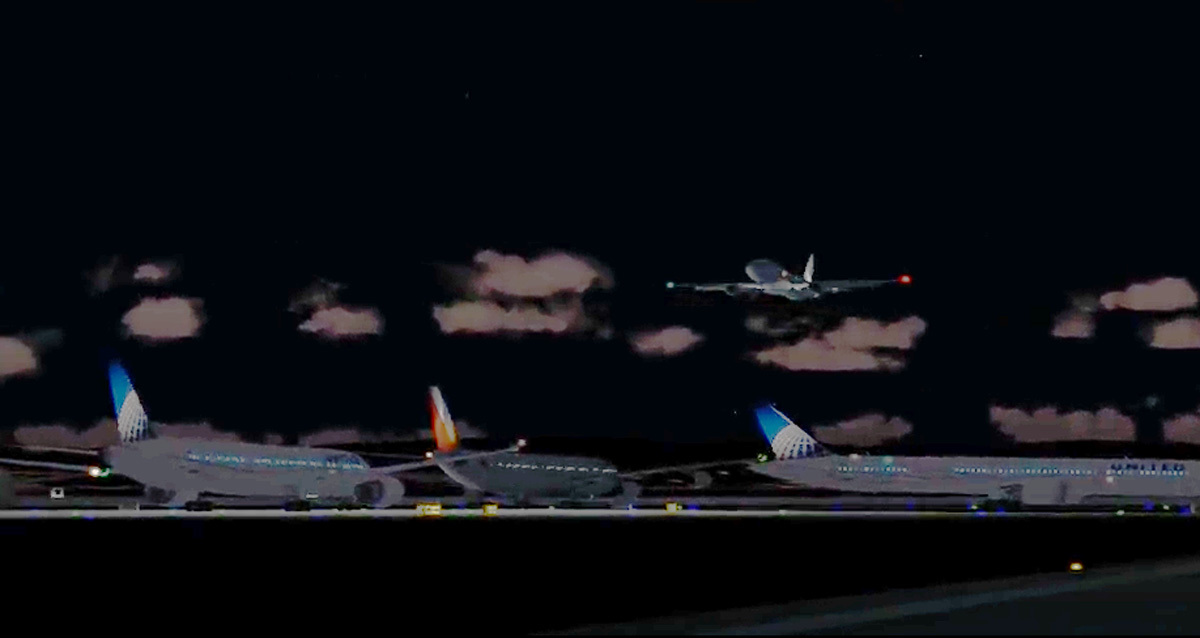 My favorite air disaster documentarian, Allec Joshua Ibay, recreated last month's SFO taxiway near-miss, complete with real radio traffic. I skipped the scene-setting in the above embed: an inbound pilot mistaking a taxiway, with a bunch of loaded planes on it, for the runway.

I find these quiet, unvarnished real-time recreations far more harrowing than mouthy cable TV dramatics. A few moments of distraction and confusion, then sudden realization, and it's all over. A sentence of radio chatter (the crew on the second ground-side plane also turned the landing lights on)
likely saved hundreds of lives in what could have been the worst accident in aviation history.

Aviation Safety posted a photo from the tower:

And here's an animated version illustrating just how close they got: