Escape into the absurd world of illustrator/cartoonist Alex Gamsu Jenkins 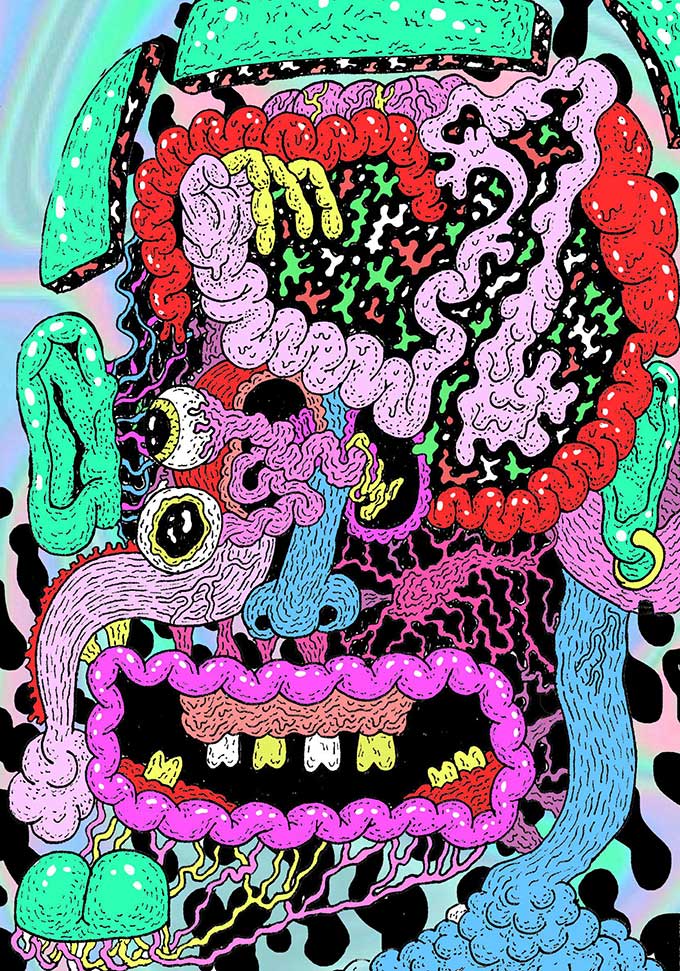 If you want to escape the real world for a bit, escape into the vivid, satirical artwork of illustrator/cartoonist Alex Gamsu Jenkins.

Jenkins is from the suburbs of London and graduated from Camberwell College of Arts in 2015. He describes his work as an exploration of "satirical and critical subject matter through a distinctive and vivid style.” He also tries to “avoid the pretence but wallow in humour, whilst touching on the absurd and surreal."

Jenkins' work has appeared in Juxtapoz, The New York Times, Vice, Society Magazine, and many other notable publications. Much of his work is disturbing and creepy, but in a fun way by creating an entire reality of its own -- one that feels like a chaotic and absurd dream.

Juxtapoz recently posted some wildly cool pieces by Jenkins on its website. You can check all of them out here.

DICK-RNN is a recurrent neural network trained with 10,000 doodles of dicks. You start drawing a shape and the AI tries its best to finish it as a penis. Starting with the balls helps a lot. Try it. For the technical background and conceptual inspiration: GitHub page for DICK-RNN