Forbes removed article critical of Google after it asked nastily 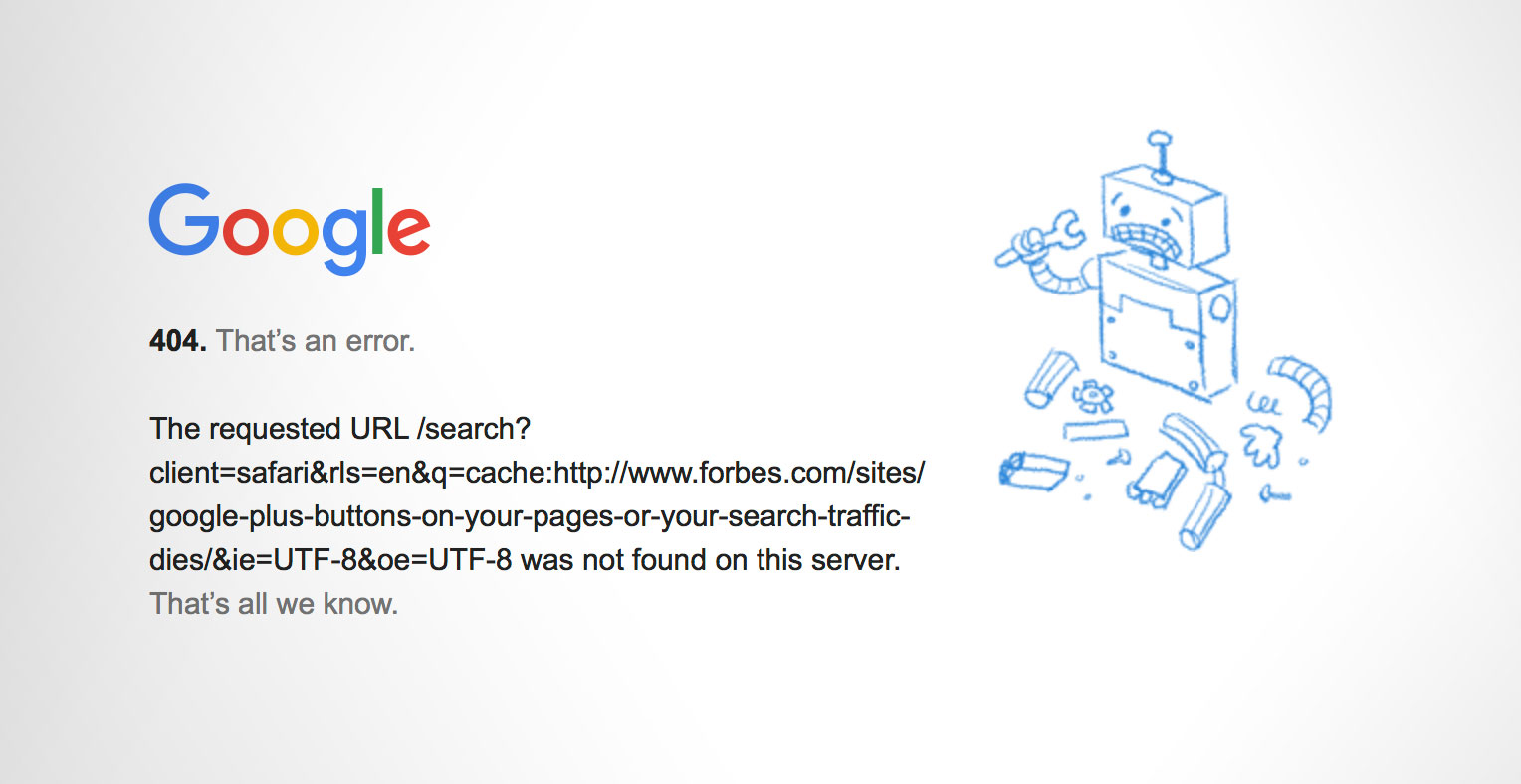 [UPDATE 9/1/17 1:50pm PT: Read this email from Google’s vice president of global communications, Rob Shilkin, to Hill, which is at the bottom of the Gizmodo article. In the email, Shilkin tells Hill that Google "had nothing to do with removing the article from the cache...we couldn’t and wouldn’t engage in this type of behavior - never have, never will."]

Google sent along a much longer email with its tick-tock of what happened. See update at end: https://t.co/jFKYm7uHJk

Google's influence at a supposedly independent think tank it funds was exposed this week when staffers critical of the company were fired. But Kashmir Hill reports that there's nothing new about Google's ruthless treatment of critics in the press.

...I was pressured to unpublish a critical piece about Google’s monopolistic practices after the company got upset about it. In my case, the post stayed unpublished.

After joining Forbes as a writer, she learned from a meeting with Google salespeople that sites refusing to add the Google Plus +1 buttons to their sites would "suffer" in search results.

After the meeting, I approached Google’s public relations team ...The press office confirmed it, though they preferred to say the Plus button “influences the ranking.” They didn’t deny what their sales people told me: If you don’t feature the +1 button, your stories will be harder to find with Google. ...

Google never challenged the accuracy of the reporting. Instead, a Google spokesperson told me that I needed to unpublish the story because the meeting had been confidential, and the information discussed there had been subject to a non-disclosure agreement between Google and Forbes. (I had signed no such agreement, hadn’t been told the meeting was confidential, and had identified myself as a journalist.)

It escalated quickly from there. I was told by my higher-ups at Forbes that Google representatives called them saying that the article was problematic and had to come down. The implication was that it might have consequences for Forbes, a troubling possibility given how much traffic came through Google searches and Google News.

As if to make clear what would be brought to bear, Google immediately scrubbed the article from Google, including the URL cache.

the most disturbing part of the experience was what came next: Somehow, very quickly, search results stopped showing the original story at all. As I recall it—and although it has been six years, this episode was seared into my memory—a cached version remained shortly after the post was unpublished, but it was soon scrubbed from Google search results.

Ironic ending: the last place you can find the story is apparently the Internet Marketing Association, which scraped it from Forbes.