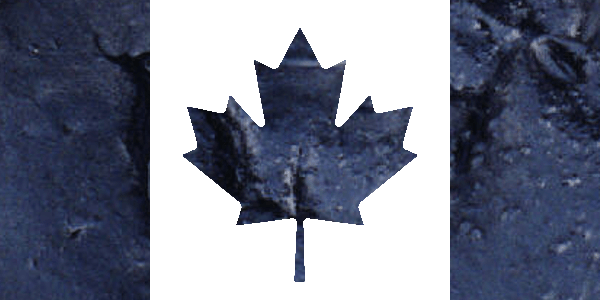 43% of Canadians believe "science is a matter of opinion," 47% think the science of global warming is "unclear"; 24% of Canadian millennials are anti-vaxxers, all according to a Leger survey of 1,514 Canadians.

The key numbers are up from last year (climate denial was 40% last year).

Under 12 years of Stephen Harper's Petro-Conservative government, climate denial was official government policy, with the state literally incinerating its climate archives and appointing unqualified adolescents from among the party's doorbell ringers to serve as political minders for the country's scientists.

Many welcomed the election of the young, photogenic hereditary Prime Minister Justin Trudeau, despite a host of reactionary policies he had backed in opposition, especially continued explansion of destructive oil pipelines, a promise Trudeau renewed once Trump was elected.

The only conceivable basis for pumping more filthy tar-sands oil is if denial of climate-science. Otherwise, it's deliberate, species-scale suicide.

The good news, for the Ontario Science Centre at least, is that the majority of respondents said they still trust science centres, museums, and scientists when they talk about science.

Given the challenges we're facing, from climate change and a melting Arctic to the risk of global pandemics, or workplace automation, it's arguably more important than ever to have a basic understanding of science, and trusted sources to learn about it. In the survey, 82 percent of Canadians said they still want to learn about science, so all is not lost.

anti-vaxxers / canada / climate / denialism / science is a matter of opinion