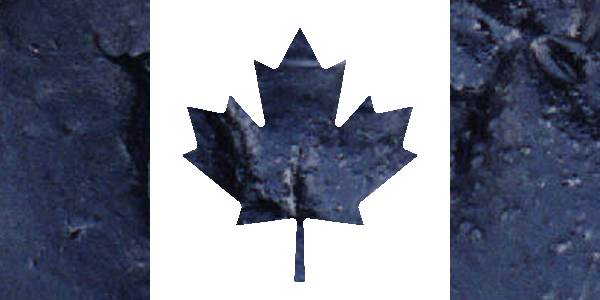 Canada's tar sands -- rebranded in this century as "oil sands" -- are the source of some of the world's filthiest and most expensive oil, which can only be extracted by burning tons of already-refined oil to boil tons of sand, producing a product that sells at a global discount because it is so adulterated.

As Bruce Sterling once quipped, oil economies tend to converge on a hole in the ground surrounded by guns, and when global oil prices spiked high enough to produce an Alberta tar sands bubble, that bubble consumed the Canadian political landscape, producing a string of far-right, climate-denying, spying, belligerent, racist, authoritarian governments that turned oil money into a wrecking ball for demolishing beloved Canadian institutions, slashing funding for everything from health care to the CBC (it also pushed up the Canadian dollar, tanking the exports-driven manufacturing sector, which, not incidentally, was largely unionized and relied upon a well-funded public education system to produce its skilled workforce).


The collapse of global oil prices cost the far-right its dominance over Canadian politics -- and also produced a trumpist far-right, xenophobic political movement that is making dangerous inroads as candidates for leader of the crippled Conservative Party vie to outdo one another in racist rhetoric. Canada's trumpists, like their southern counterparts in the USA, are betting on an oil price resurgence to carry them back into power, and oil prices are indeed creeping back up.

But those price increases may be too little, too late for the tar sands. Oil giants like Exxonmobil and Conocophillips have "de-booked" their tar sands holdings from their accounts, meaning that they are telling investors that they don't believe the oil trapped in the sands is an asset any longer -- that the prices will never rebound far enough to make it worthwhile to extract it.

This is hugely significant because the oil sector almost never writes off its holdings. During the depths of the oil price downturn, Exxon was so stubborn about insisting that all of its oil would be economical and should not be written down (which would lower the company's value and the price of its shares) that it was investigated by the US and New York governments for accounting fraud.

In other words: When Exxon writes off your oil, you can be damned sure that they have no plans to take it out of the ground, ever.

When the Canadian Conservative Party imploded and Justin Trudeau's Liberals took power, Trudeau promised to continue funding for major pipelines, including the controversial Keystone XL pipeline. It was only when the Obama administration shut down Keystone that it died, and Trump has revived it, with Trudeau's cooperation -- warm, cuddly Justin has announced that Canada will restart Keystone XL and then build another pipeline for good measure.

But as Big Oil abandons the tar sands, there's simply no case for building pipelines to bring the oil that will never be extracted from them to ports that will never ship it.

But the de-booking is even more interesting because of what it says about Canada’s oil sands. Exxon removed 3.3 billion barrels from its books, admitting that the oil is simply not profitable to produce with today’s prices. It’s a pretty damming admission: the oil will ultimately be left in the ground unless oil prices substantially rebound. The project was equivalent to 15 percent of the company’s entire proved reserve base.

Have The Majors Given Up On Canada’s Oil Sands?