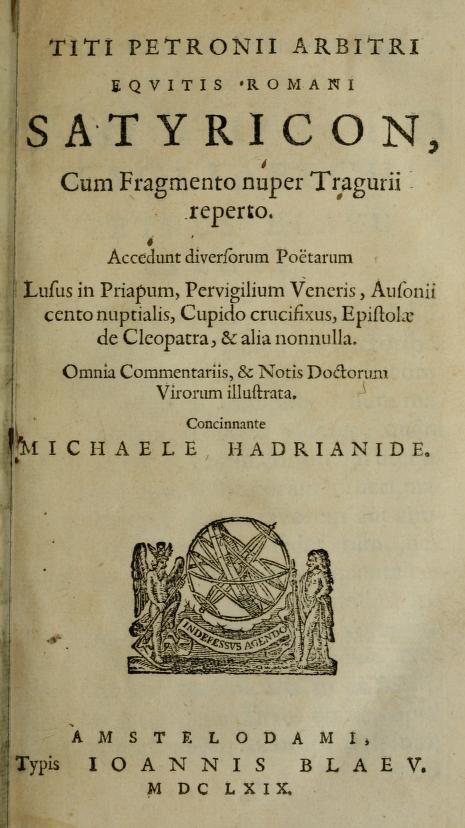 In 2002, early bloggers started hunting for googlewhacks: "a pair of common words, like 'schadenfreude carburetor' that appear together on only one page in Google's index."

Turns out that there's nothing new under the sun. Classicists search corpuses for the elusive hapax legomenon: "a word that occurs only once in a text, an author’s oeuvre, or a language’s entire written record."

It is estimated that there are thousands of hapaxes in the Bible. Greek and Latin literature allow us to translate many of the terms from the Septuagint or the Vulgate, the Koine Greek Old Testament and the Latin Bible, respectively. However, since the Old Testament is almost all we have of the ancient Hebrew language, hapaxes can be restrictive. The Song of Songs, which is the last section of the Tanakh and part of the Christian Old Testament, contains an especially high number of hapax legomena, forcing scholars to rely on the Greek version for translation hints. The Song of Songs is, at the surface, a story of love between a man and a woman, in which they describe their passion for each other. It has the greatest number of hapaxes in the Bible, rendering the book enigmatic and mysterious. For instance, in 4.13, the male compares the lady’s “selahim” to an orchard. The term is a hapax, but scholars have suggested “branches” as a translation, such that the text describes the woman’s body.

How Do You Decode a Hapax? (Also, What’s a Hapax?)
[Maya Nandakumar/Atlas Obscura]

History / language / nothing new under the sun / scholarship