Trump tweets about recent Iranian missile launch, then US assessment deems it false 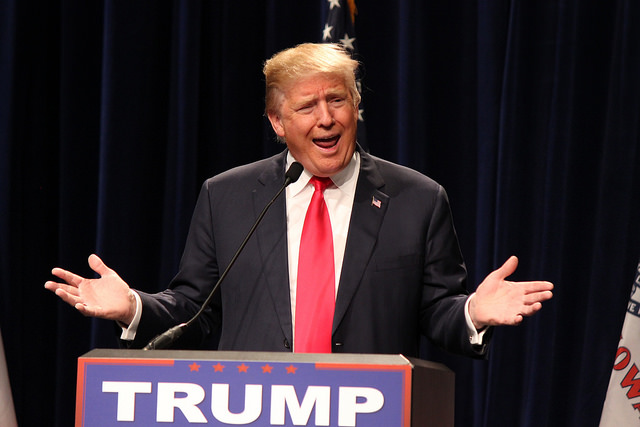 US officials say intelligence efforts found no evidence of an Iranian ballistic missile launch after President Donald Trump tweeted about a launch reported from an Iranian-run news broadcast, according to CNN.

Trump — who has said he likes to “know the facts” before making a statement — referenced the questionable report, while seemingly criticizing the Iran nuclear deal. "Iran just test fired a ballistic missile capable of reaching Israel,” he tweeted. “They are also working with North Korea. Not much of an agreement we have!"

Iran just test-fired a Ballistic Missile capable of reaching Israel.They are also working with North Korea.Not much of an agreement we have!

The report is likely to have shown footage of a previous Iranian launch. “As far as we can see, it did not happen,” a Trump official — who did know if the president received an intelligence briefing before the tweet — told CNN.

100 years ago, wealthy people bought up newspapers as fast as they could, then used them to smear progressive reformers, inventing lies ("Congressmen don't pay taxes!") to discredit the entire project of dismantling American oligarchy.