Dress and accessories made of Starburst wrappers 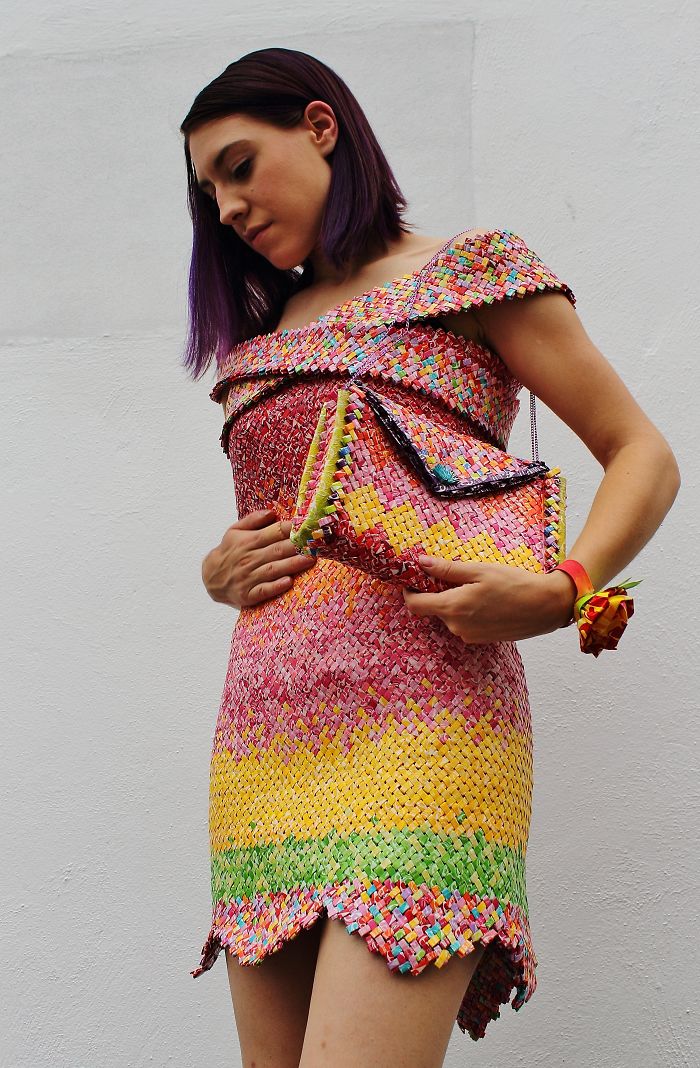 Emily Seilhamer upcycled old Starburst wrappers into a woven dress, as well as purse and shoes.

I’ve been saving Starburst wrappers diligently (with the help of friends and family) for 4 years to create this dress. After enough were saved I organized them into colors, ironed them, folded them into links, and made candy wrapper chains.

With the use of elastic thread, I was able to sew the links together into a “fabric” to create the dress. My husband and I met when he offered me a pack of Starburst a few years before the project started. As his favorite candy he began to save grocery bags full of wrappers for me…

She also made a Sun dress (get it?) and other delights on her Facebook page.