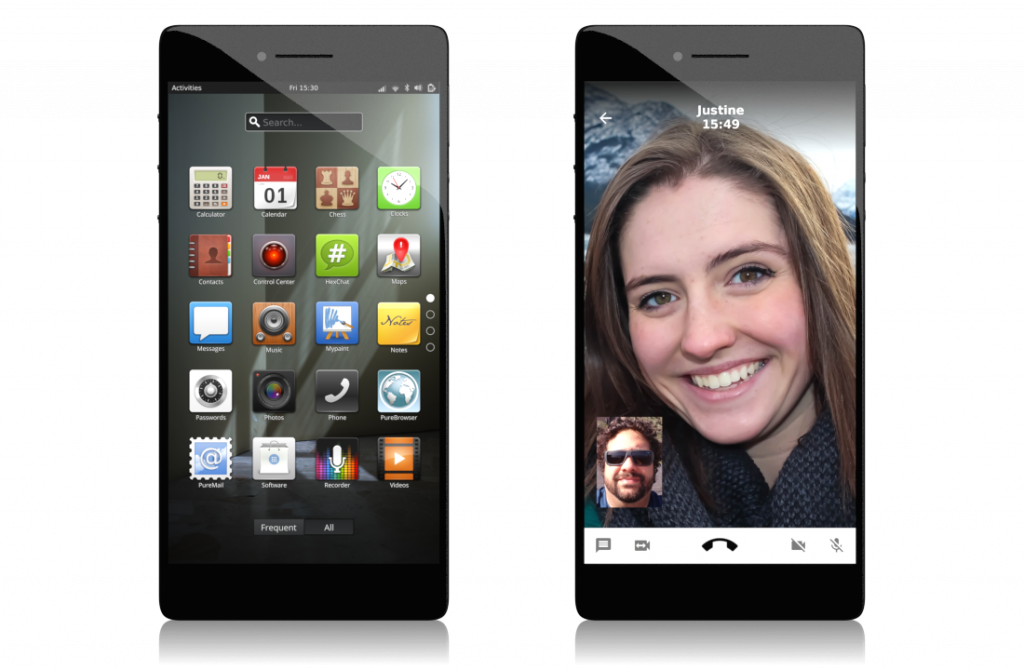 One of the holy grails of free and open computing is a really great free/open phone; it's been tried many times before without much success, but a new crowdfunder from Purism (who make a pretty great free/open laptop) has just crossed the $1,000,000 mark and is on track to hit its target of $1.5M in the next 18 days.

The Purism Librem 5 phone will run some kind of derivative of Debian, a popular GNU/Linux flavor that sits upstream from such stables as the Ubuntu operating system (which is pretty much all I ever use).

The phone is designed to be encrypted at rest and use end-to-end encryption for its network communications, to interdict attempts to track you, to have "security by design," to isolate the CPU from the (notoriously insecure,proprietary) baseband radio to prevent it being used as a means to hacking your phone, and to have hardware killswitches for Bluetooth, phone radio and its mic/camera.

$599 gets you a phone, while $299 gets you a developer kit. Purism has a good track record for delivering on its crowdfunders (albeit not always on time, but they get there), and has been going from success to success.

*
Does not run Google Android

*
Does not run Apple iOS

*
Runs PureOS by default, can run most GNU+Linux distributions