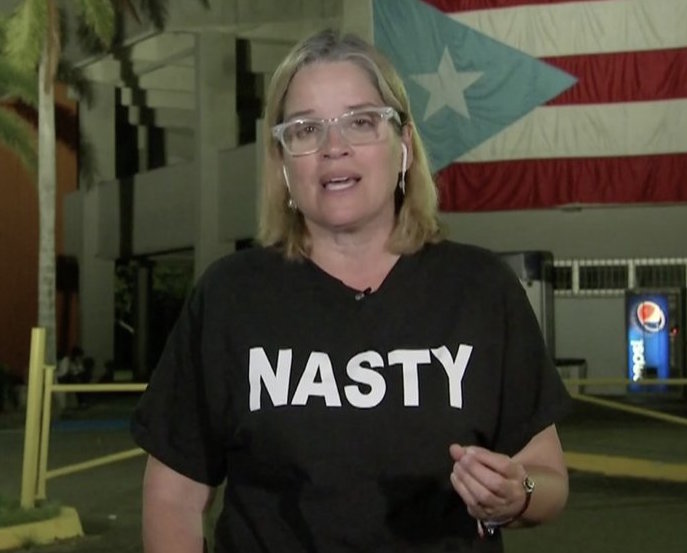 San Juan Mayor Carmen Yulín Cruz may have just started a new fashion statement. Yesterday she sported a brown T-shirt with a big "Nasty" written across the front while being interviewed on Univision's Al Punto .

"What is really nasty is that anyone would turn their back on the Puerto Rican people," she said to journalist Jorge Ramos, referring to the Trump administration's lackadaisical response to Hurricane Maria's devastation to the island.

"When it bothers somebody that you're asking for drinking water, medicine for the sick and food for the hungry, that person has much deeper problems than what we can discuss in an interview."

"Nasty woman" has become somewhat of a battle cry for women who oppose Trump, 71, ever since he used the term to describe Democratic rival Hillary Clinton during the 2016 presidential election. He repeated the phrase during an interview on Fox News' Hannity on Tuesday, October 3, when he said that Cruz was "very nice at the very beginning" before she "went a little bit on the nasty side."

What I want to know is where can I get one of those Ts?