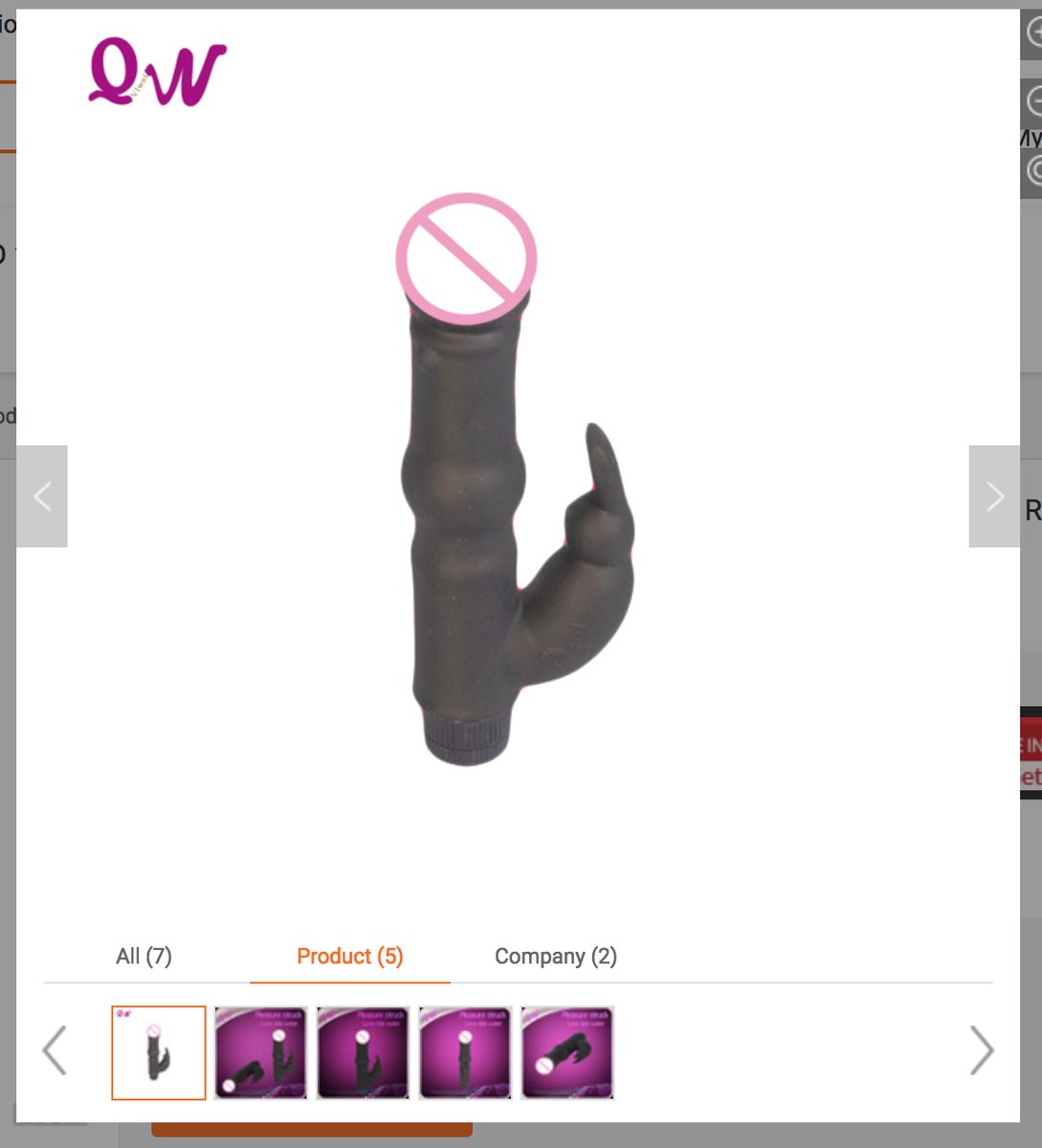 If you want to buy a sex toy on Alibaba, you'll have to use your imagination, because all the naughty bits and holes and tips and such have circles-with-slashes censorship discs. You know, to make 'em safe for work. (via JWZ)