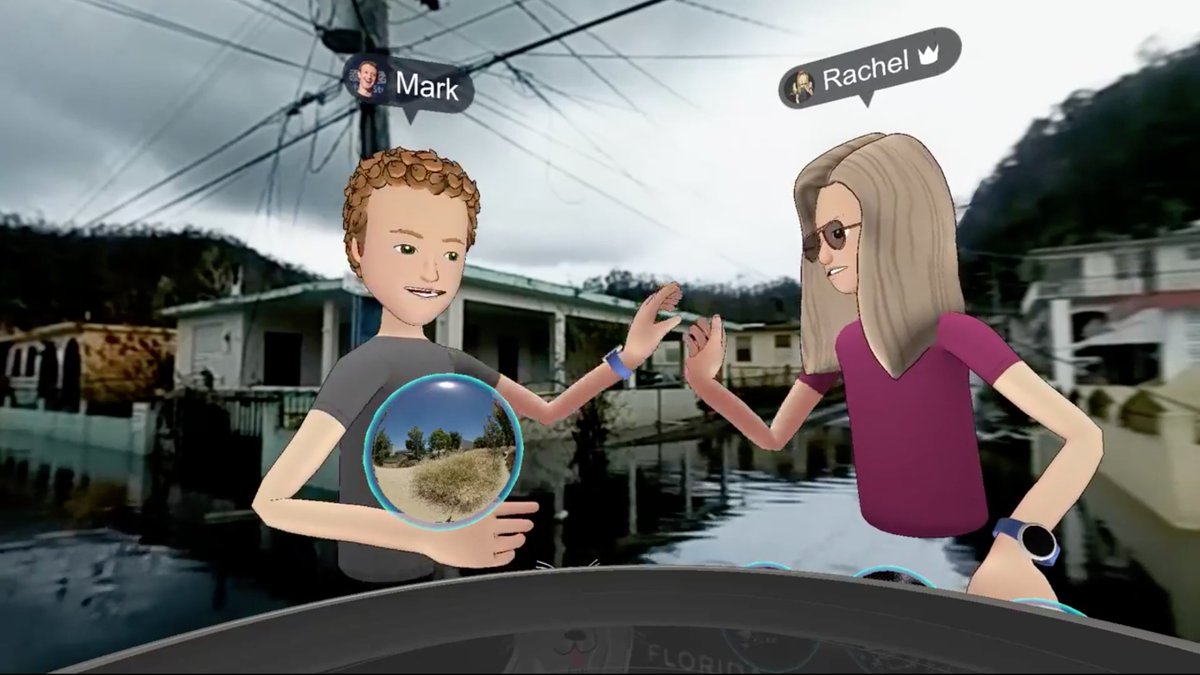 Mark Zuckerberg takes a break from his XY-chromosome hominid meatform for a relaxing trip to to his natural environment, today configured for recreation: a virtual reality depiction of the natural disaster that lately befell Puerto Rico.

This is the actual footage I saw when I watched Zuckerberg's virtual tour of Puerto Rico. (Background is survivors on the island.) pic.twitter.com/X9Zhyrn7G9

Cartoon avatars make plenty of sense for the typical use of Facebook Spaces, which is mostly just meant as a digital hangout spot for early adopters of the Oculus Rift. But it clearly isn’t an ideal way to discuss hurricane relief efforts, particularly for a Silicon Valley billionaire doing his best to stay in touch Americans outside of the tech world. It made lines like, “It feels like we’re really here in Puerto Rico,” stand out for clearly being so far off from the actual experience, even though NPR’s reporting may well start to convey an idea of what it’s like.

After discussing Facebook’s contributions to Puerto Rico relief efforts, Zuckerberg and Franklin then transported themselves to the Moon

Those Facebook Spaces avatars creep me out. They're children, but they ain't cute.

Today is the day Mark Zuckerberg killed the concept of virtual reality dead. This was a public execution. https://t.co/MOUJzwJhF4