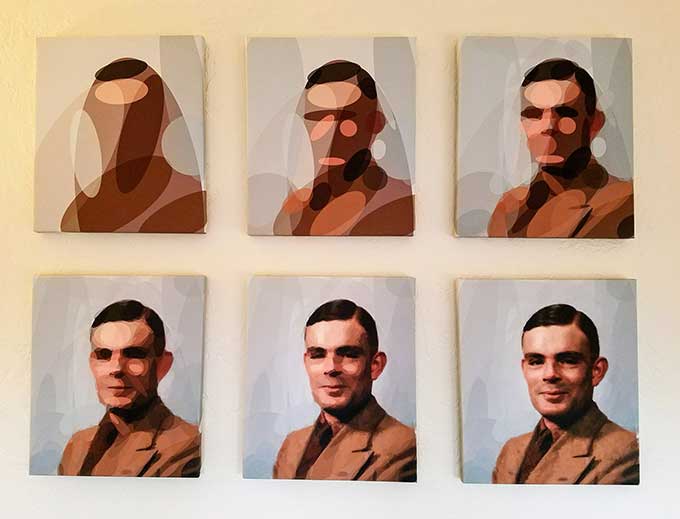 I made an art thing. It's Alan Turing algorithmically approximated by ellipses, in six panels. pic.twitter.com/VlzhIeZEGK

InvaderZ is a Space Invaders variant that incorporates a genetic algorithm that mutates the invaders as you shoot at them, with survival for a fitness function: the longer an invader lasts before being blasted out of the sky, the more its behaviors are carried over into the next wave (here's a playable live version). (via […]