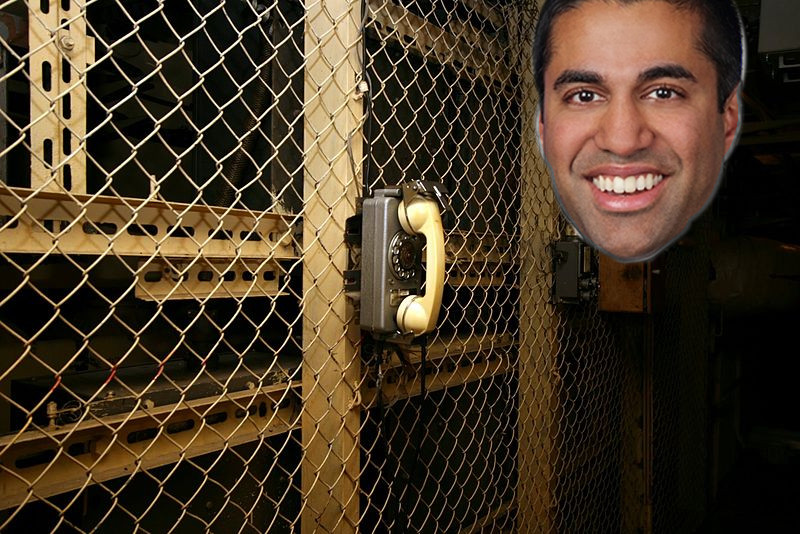 The American prison system is home to one of the greatest market-failures in the history of telephony (which is saying something): a monopolistic system in which sole-supplier, hedge-fund owned telcoms operators charge as much as $14/minute for prisoners to talk with their lawyers, families and loved ones.

It's not hard to understand how this system came about: for one thing, states get kickbacks from the gougers, who earn billions ripping off the overwhelmingly poor and racialized families of prisoners, while prisons (especially private prisons) replace in-person visits with balky, semi-functional video calls that cost even more than voice-calls (and which are easier for prison authorities to illegally wiretap than in-person visits). Is it any wonder that there's a booming market for metal-detector-inert mini-phones that will fit in your rectum?

In 2015, the Obama FCC took steps regulate this titanic, abusive market-failure, but then Trump's FCC reversed course, refusing to defend the rule in a court challenge brought by the states that had shared in the booty. Without a defense, the rule was struck down.

Trump FCC Chairman Ajit Pai styles himself a free market ideologue, but he's never met a corrupt, government-backed monopoly he didn't like, from prison-phones to state laws than ban cities from providing broadband to customers the carriers underserve or refuse to serve altogether.

The FCC should end the practice of picking and choosing, ignoring and punting, while an unarguably dysfunctional market regime preys on the most vulnerable. The FCC can and should adopt targeted rules to address the costs of interstate calls. States and localities can and should reform their practices to cap rates and eliminate kickbacks. And Congress can and should enact a legislative solution that provides a firm legal foundation for further inmate calling reforms.

Private litigation could also attack these practices, and some lawsuits have already been filed. But policymakers should also work to help new services and technologies enter the marketplace, to increase competition and lower prices. There is no good policy reason why an inmate’s family should have to use the most antiquated and expensive systems to communicate with loved ones when viable alternatives exist. The time to act is now.

FCC SHOULDN'T GIVE UP ON REFORMING INMATE PHONE SERVICES