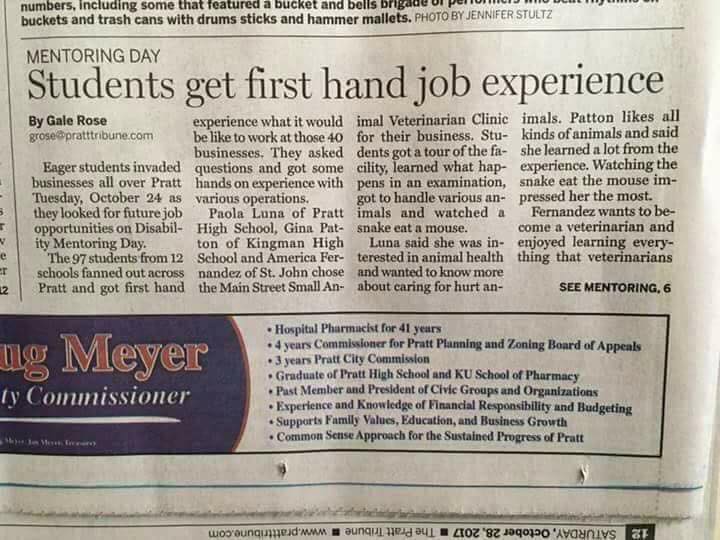 Students from Pratt High School in Kansas didn't get their "first hand job experience" as reported, but they -- and a headline writer at The Pratt Tribune --did get a lesson in grammar. On Saturday, the local newspaper printed an inappropriate, though hilarious, headline for an otherwise benign article about Disability Mentoring Day. The hyphen-less headline was completely rewritten for the online version of the story.