Emily Wilson's translation of The Odyssey 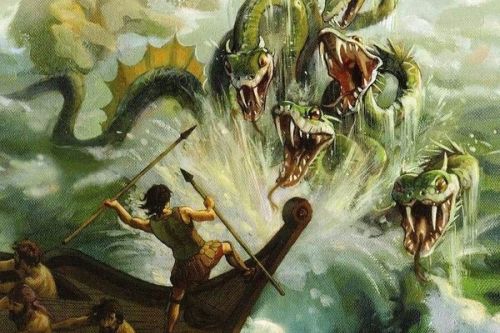 Centuries of stodgy, numbing translations of The Odyssey have left it a bad classroom memory for generations, a classic enjoyed mostly through modernized retellings of one kind or another. But Emily Wilson isn't just the first woman classicist to publish a translation: hers is both radically contemporary and sharply attuned to the spirit and subtleties of the text.

Tell me about a complicated man.
Muse, tell me how he wandered and was lost
when he had wrecked the holy town of Troy,
and where he went, and who he met, the pain
he suffered in the storms at sea, and how
he worked to save his life and bring his men
back home. He failed to keep them safe; poor fools,
they ate the Sun God’s cattle, and the god
kept them from home. Now goddess, child of Zeus,
tell the old story for our modern times.
Find the beginning. .

Even better than T. E. Lawrence's! But compare instead to the contemporary favorite, Robert Fagles' 1990s translation:

Sing to me of the man, Muse, the man of twists and turns
driven time and again off course, once he had plundered
the hallowed heights of Troy.
Many cities of men he saw and learned their minds,
many pains he suffered, heartsick on the open sea,
fighting to save his life and bring his comrades home.
But he could not save them from disaster, hard as he strove—
the recklessness of their own ways destroyed them all,
the blind fools, they devoured the cattle of the Sun
and the Sungod blotted out the day of their return.
Launch out on his story, Muse, daughter of Zeus,
start from where you will—sing for our time too.

Stanford folklorist and science historian Adrienne Mayor has a fascinating-sounding new book out, titled “Gods and Robots: Myths, Machines, and Ancient Dreams of Technology.” It’s a survey of how ancient Greeks, Romans, Indian, and Chinese myths imagined and grappled with visions of synthetic life, artificial intelligence, and autonomous robots. From Mayor’s interview at Princeton University […]

I’ve been hooked on hard-boiled crime novels and Film Noir since I picked up my first copy (there have been many) of Dashiel Hammett’s Red Harvest back in the mid-1990s. It’s bleak, entertaining stuff that I find to be a hell of a lot more honest in its portrayal of human desperation, motivation, rage and […]

Zachary Zmith writes, “A Kickstarter is funding beautifully-designed and illustrated editions of classic stories, with illustrations from Paul Pope, Yuko Shimizu and Bill Sienkiewicz. They have already met their initial goal to fund a version of Algernon Blackwood’s ‘The Willows’ with art by Paul Pope. If they reach $100k, Bill Sienkiewicz will illustrate H.G. Wells’ […]