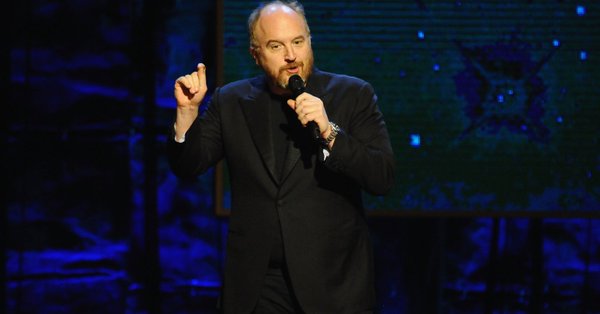 Where does such a line get crossed?

Even amid the current burst of sexual misconduct accusations against powerful men, the stories about Louis C.K. stand out because he has so few equals in comedy. In the years since the incidents the women describe, he has sold out Madison Square Garden eight times, created an Emmy-winning TV series, and accumulated the clout of a tastemaker and auteur, with the help of a manager who represents some of the biggest names in comedy. And Louis C.K. built a reputation as the unlikely conscience of the comedy scene, by making audiences laugh about hypocrisy — especially male hypocrisy.


After being contacted for an interview this week about the on-the-record accusations of sexual misconduct — encounters that took place over a decade ago — Louis C.K.’s publicist, Lewis Kay, said the comedian would not respond. “Louis is not going to answer any questions,” Mr. Kay wrote in an email Tuesday night.

Neither Louis C.K. nor Mr. Kay replied to follow-up emails in which the accusations were laid out in detail, or to voice messages or texts. On Thursday, the premiere of Louis C.K.’s new movie “I Love You, Daddy,” was abruptly canceled, and he also canceled an appearance on “The Late Show With Stephen Colbert.”

Important reminder for Louis CK about whatever allegations about Louis CK come out: pic.twitter.com/evlBoXWdRh

no matter what the details of the story, we are going to look back on the fact that Louis CK made this movie at this moment with utter bafflement and horror https://t.co/x2G340wqlJ

Louis Ck is gonna be alt right now isn’t he

How many big investigations exposing "open secrets" of famous men expand on things posted by Gawker years ago?

@nytimes that link is broken this one works….https://t.co/qXkgR2fNEB

I wonder how long it will take for Bannon to recruit Louis CK to run for Senate.

This 2013 story about anonymous flyers in Huntington Beach is now much weirder.https://t.co/eMzGVHQt6T

This is wild. Louis allegedly apologizing for what appears to be a separate act to the wrong person. https://t.co/lHGcAsn9Vc pic.twitter.com/UHmzJFbGLa

Bravo to the @nytimes, which broke earth-shaking news about O'Reilly and Weinstein and then kept going. https://t.co/Jv0yKf45U5