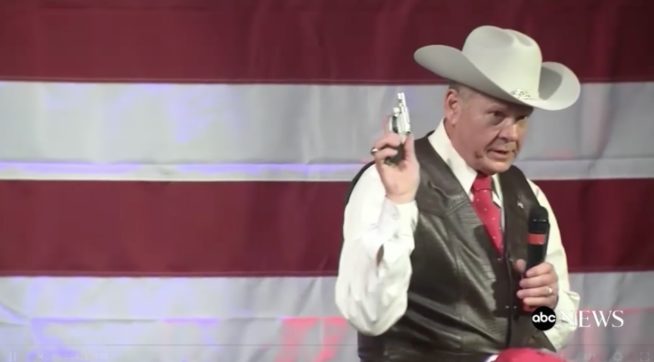 A former colleague of Roy Moore, the Alabama Senatorial candidate accused of inappropriate sexual behavior with teens, claims this behavior was "common knowledge."

"It was common knowledge that Roy dated high school girls, everyone we knew thought it was weird," former deputy district attorney Teresa Jones told CNN in comments aired Saturday. "We wondered why someone his age would hang out at high school football games and the mall ... but you really wouldn't say anything to someone like that."

CBS News has reached out to Jones for comment.

Jones, now a partner at the Syprett, Meshad, Resnick, Lieb, Dumbaugh, Jones, Krotec & Westheimer, P.A. law firm based in Sarasota, Florida, served as deputy district attorney for Etowah County, Alabama from 1982 to 1985, according to her firm's website. Moore worked as a deputy district attorney in that office from 1977 to 1982. Before joining the DA's office, Jones was the assistant city attorney for the city of Gadsden, Alabama, the county seat of Etowah County.

Jones' comments come after an explosive Washington Post report in which four women say Moore pursued them sexually or romantically when they were in their teens. The youngest accuser, Leigh Corfman, said she was 14 and Moore was 32 when he sexually touched her.