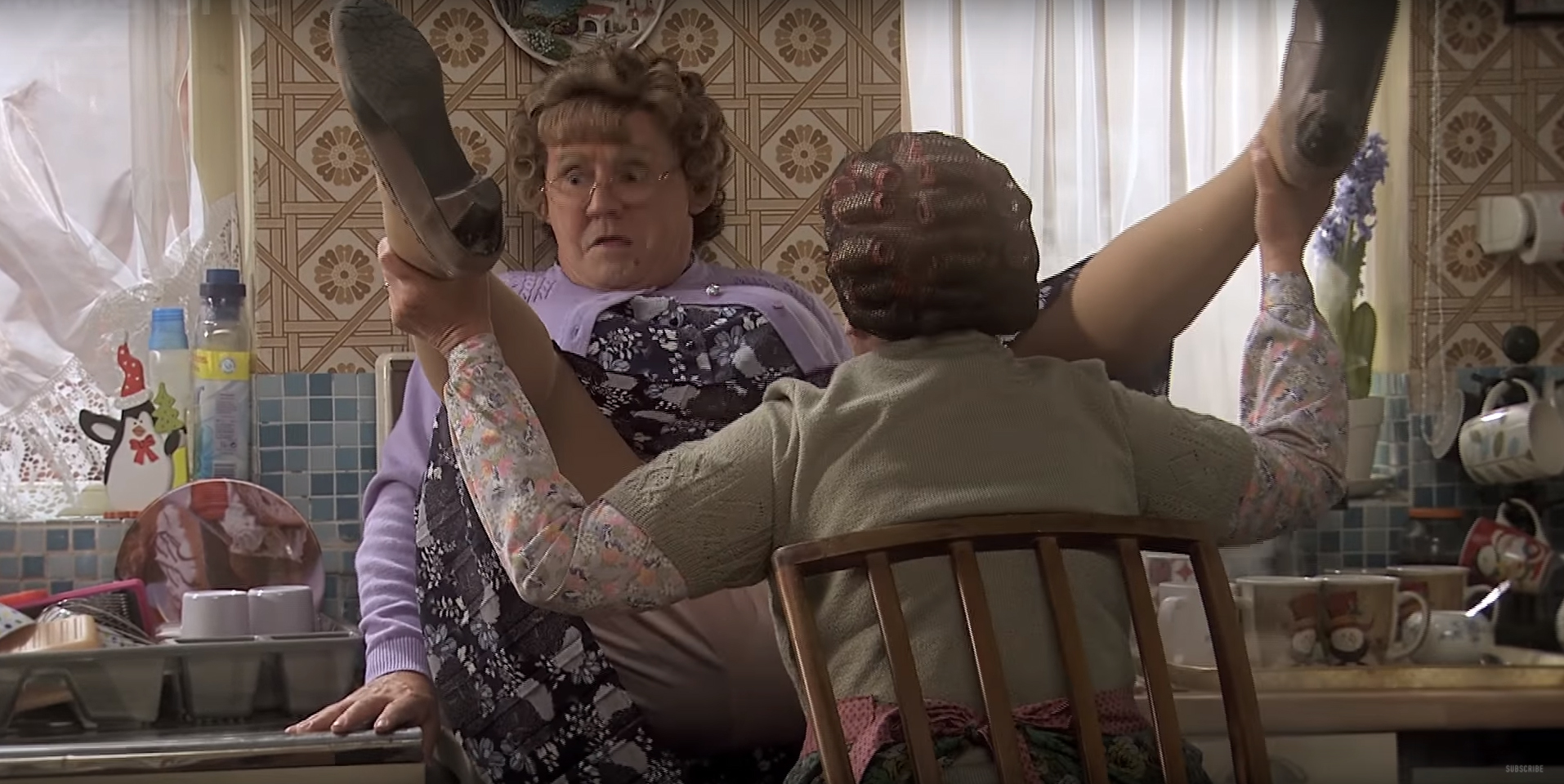 Jesus, Mary, and Joseph! I’ve watched a lot of British TV in my day, but never have I seen anything like Mrs. Brown’s Boys. I’ve about pissed me self laughin’! This award-winning situation comedy is about an Irish family and stars Brendan O’Carroll, a gent, cross-dressing as the rude and rowdy old lady Mrs. Agnes Brown. The show is noted for its unrelenting crude humor and is hugely popular in the United Kingdom. I’m not going to tell you anything else except to watch these clips (be prepared to laugh heartily, unless you’re a prude or burdened with good taste, in which case you should most definitely not watch them at all).

And the whole series is available on DVD at amazon.