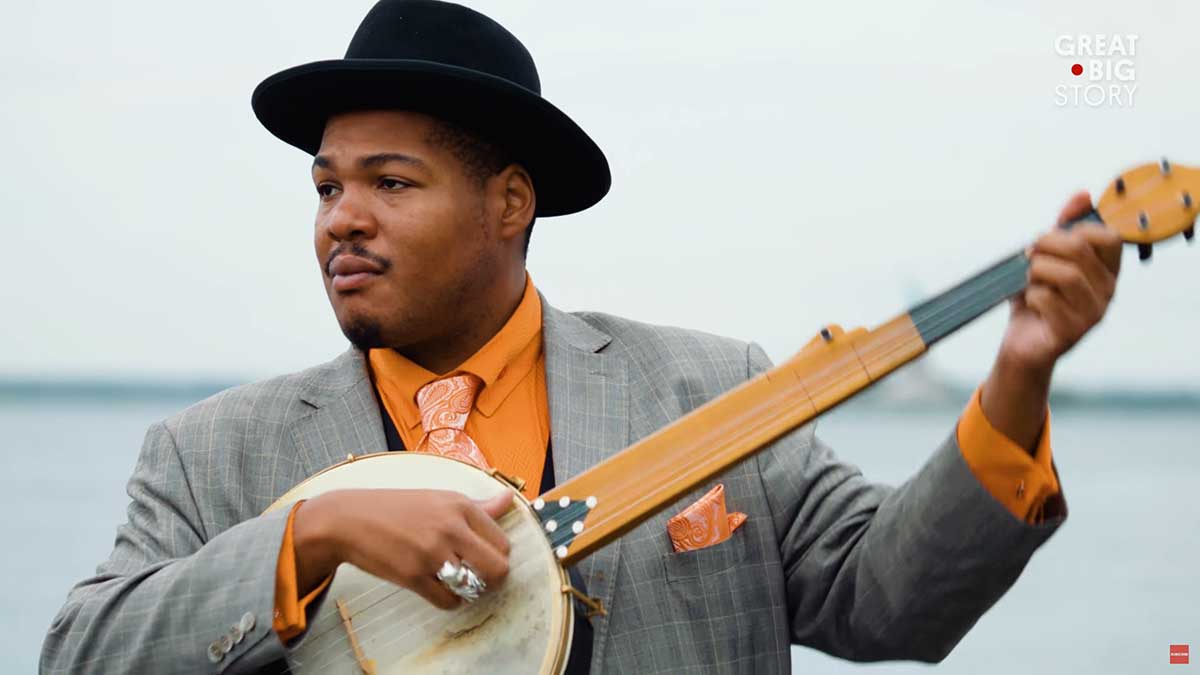 Chris Funk of The Decemberists met with Jerron “Blind Boy” Paxton, a blind musician from South Central Los Angeles. He is in his 20s and specializes in music of the 1920s and 30s. He plays banjo, piano, harmonica, and other instruments.

Jerron “Blind Boy” Paxton is a musician bringing back the magic of a bygone era of American jazz. Drawing inspiration from the blues scene of the 1930s, Paxton has become a master of forgotten music, transporting his audiences to another time. By the time he was 18 years old, Paxton was declared legally blind, lending way to his moniker “Blind Boy.” Still, his love of music never waned. The multi-instrumentalist and musical virtuoso continues forward on his historical mission, rediscovering and spreading the genius of the original black music of America.