Open primaries? Democratic establishment bars anyone who challenges an incumbent from using the party's Votebuilder database 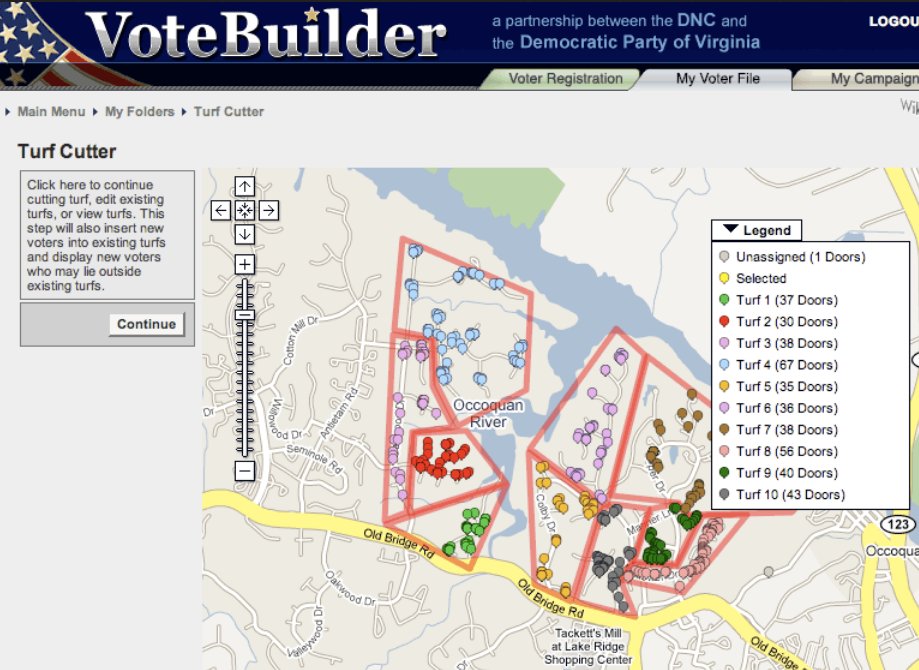 All things being equal, a Democrat in a safe seat is likely to swing to the right, because doing so allows them to hoover up massive campaign contributions from rich people and corporate lobbyists and secure themselves cozy sinecures for themselves once they leave office -- all without risking their seat, because incumbents automatically get re-nominated and incumbents in safe seats always get re-elected.

So long-term incumbency in Democratic seats is a strong predictor of being a useless sellout Republican-in-Democrat-clothing.

This is why it's especially grave that the DNC is refusing to allow primary challengers to access Votebuilder, the party's central database, "housing years of information on just about every contact the party has ever made with every voter." Denying a modern candidate this database is a hamstringing move, virtually guaranteeing their failure.

It's a move that's being weaponized against Sanders Democrats, who, running as "Justice Democrats," are challenging the worst of the worst of Democratic Party politicians, fronting progressive, bold policies that poll well with voters and bode well for the nation.

Predictably, the establishment justifies this by declaring anyone they don't like to be the Democratic Party version of Scientology's "Suppressive People" -- persona non grata who are motivated by spite and who can't be properly called Democrats.

This is why I give money to progressive Democratic Party candidates, but will not give another cent to the DNC until it cleans house. It is not a trustworthy standards-bearer for progressive values. It is a self-perpetuating, dirty-tricking system designed to keep the (big) donor class happy while throwing just enough sop to the rest of us to keep us from staying home on election day.

“The machine protects incumbents,” says Clark, who is running against representative Danny Davis, who has held his seat for 20 years. “What’s one more way you can stack the deck against me? Deny me access to valuable information and data.”

In Illinois, the state party prevents any candidate running against an incumbent from gaining access to VoteBuilder. “We talk about growing the Democratic party, so how do you grow the Democratic party if you go after incumbents?” says Steve Brown, a spokesperson for the Illinois Democrats. “The Democratic party is creating and maintaining and enhancing a tool. Why would you want to give it to outsiders who may or may not actually be Democrats?”

Senator Bernie Sanders has ended his campaign for the 2020 Democratic Presidential nomination. CNN: Sanders’ exit caps a stunning reversal of fortune following a strong performance in the first three states that voted in February. The nomination appeared his for the taking until, on the last day of February, Biden surged to a blowout victory […]

Bernie Sanders today declared victory in Iowa’s bungled headcount of Democratic voters, with the latest results putting him neck-and-neck with Pete Buttigieg. It was already clear he had the most votes, but Iowa Democrats’ abstruse “caucus math” had awarded Buttigieg an advantage in delegates earlier in the count. “With 97 percent of precincts now reporting, […]

From June 9-12, Fox News commissioned pollsters Beacon Research (D) and Shaw & Company (R) to survey 1,001 representative Americans; the poll concluded that if the election were called today, Sanders would beat Trump by 9 points, 49%-40%, as would Biden; Warren would beat him 43%-41%; Harris would beat him 42%-41%; and Buttigieg would beat […]