The Way of the Shadow Wolves, a novel by Steven Seagal 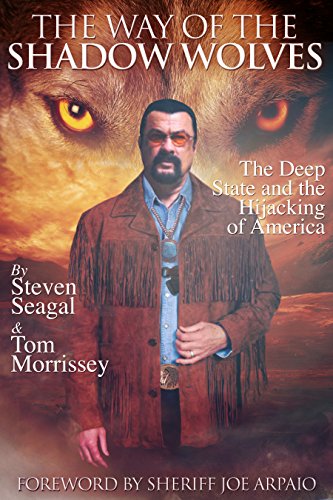 I can't quite believe this is real: a novel by former movie star and Putin pal Steven Seagal, with a foreword by racist Sheriff Joe Arpaio, titled "The Way of the Shadow Wolves", with a cover that looks like a photoshopped parody of itself.

This is the story of an Arizona Tribal police officer who stumbles onto one of the of the biggest cases in the history of the Southwest. He is a member of an elite group within the Native American communities known as The Shadow Wolves. What comes with his discovery is the uncovering of massive corruption in places where he once had placed his total trust.

We need to talk because this review from a "clandestine case officer (spy) working the Latin American cartel terrorist target … and the interagency enemies of the constitution target" is better than Steve's whole shitty book. pic.twitter.com/cWpPy44vei