Property of the People sues the FBI for details on "Gravestone," its reassuringly named secret mass-surveillance tool 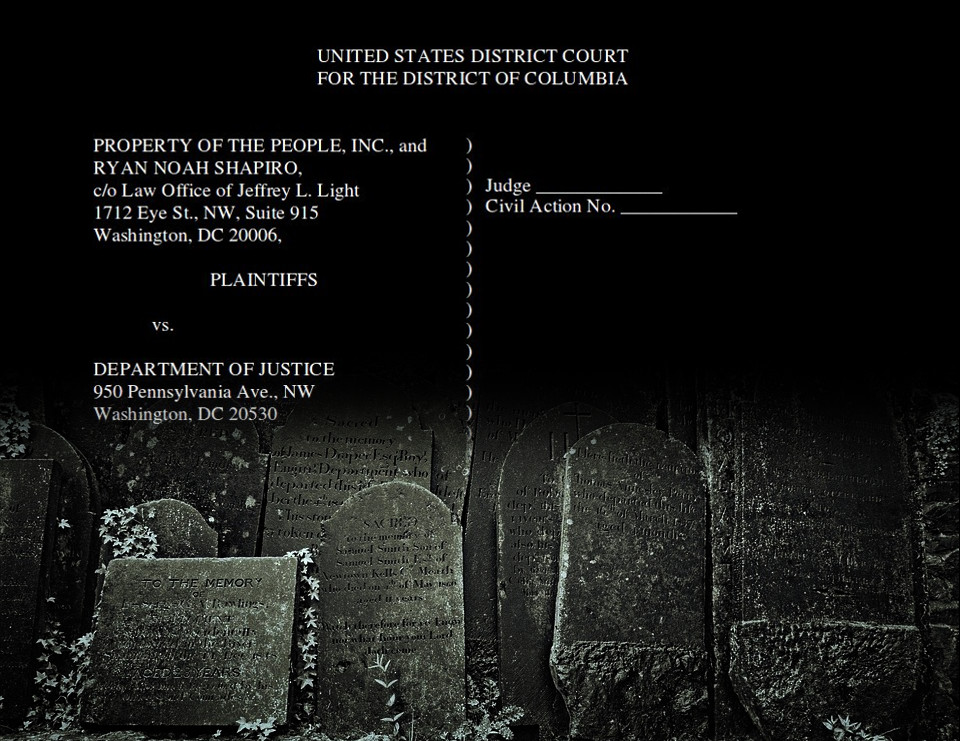 In 2016, the watchdog group Property of the People discovered a secret FBI spying program called Gravestone, a mention of which slipped into the metadata of a document on the DoJ's website.

Here's what we know about Gravestone from that accidental disclosure: "Gravestone is a system consisting of an IP based camera, routers, firewalls, and a workstation to review surveillance video. The system provides Video Surveillance data to FBI field offices and is used by case agents."

Property of the People v DoJ