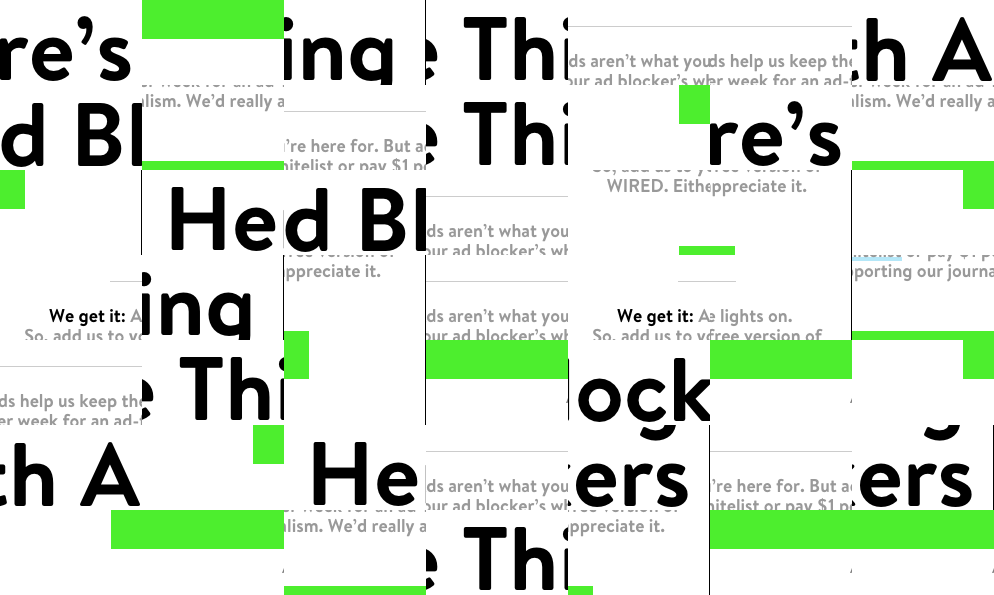 To quote Doc Searls, adblocking is the largest consumer revolt in history; the rise of third-party tracking cookies, mounting awareness of breaches, and a shift in the balance of power between publishers and advertisers have conspired to make ads more visibly and invisibly obnoxious, driving millions to block ads in their browsers.

The rise of Facebook and Google as the dominant platforms for advertising, referring, and consumption has made independent publishers more desperate for advertiser dollars, and thus more willing to cooperate in the most surveillant, intrusive ad practices -- which drives more adblocking, and more desperation.

Publishers have responded to adblocking with anti-adblock that attempts to determine which readers are blocking and which ones aren't, generally to deploy a countermeasure exhorting the adblocking users to whitelist the publishers.

In a new paper, researchers from the University of Iowa and UC Riverside reveal that anti-adblock is much more common than previously thought -- the majority of anti-adblock is silent: publishers detect adblock, then silently log its existence and sometimes rewrite the page.

The researchers show that it's not hard to detect this detection and to prevent it -- suggesting that the adblock arms-race has a lot of room to grow.

To aid future research on the arms race between adblockers and anti-adblockers, in this paper we propose a dynamic code analysis approach to systematically characterize anti-adblock behavior on a large scale. Our key idea is that differential execution analysis (i.e., with and without adblocker) will reveal anti-adblockers trying to detect adblockers. Our proposed approach has three major advantages over prior work. First, it allows us to detect anti-adblockers without prior knowledge about their behavior. Second, it is robust against simple (e.g., code minimization) and more advanced (e.g., runtime code generation) code obfuscation techniques. Finally, unlike prior work [42] that only detects visible reactions by anti-adblockers, it can identify whether there is an attempt to detect adblockers even if there is no visible reaction.