Beautiful photos of Japanese vending machines in the elements 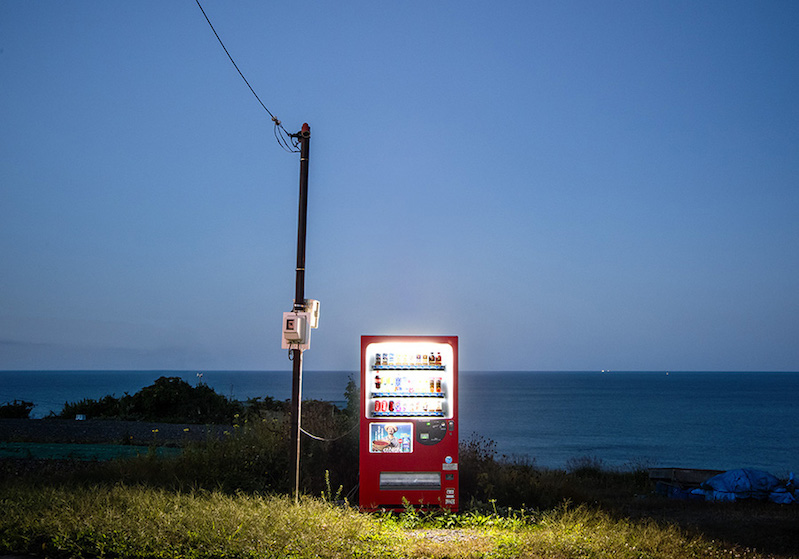 For his "Existence of" project, photographer Eiji Ohashi captured lonely-looking vending machines out in the weather around Japan.

From the description of the Roadside Lights coffee table book he compiled:

As dusk approaches, roadside vending machines light up in cities and in the outskirts. These scenes of vending machines, ordinarily standing on the roadside, are particular to Japan. The vending machines downtown or in the wilderness, placed to stand in solitude, are an image of loneliness. They work tirelessly, whether it is day or night. But once their sales drop, they are taken away. If they do not glow and shine, they will stop existing. There might be something human about them.

• Existence of (via Spoon & Tamago)