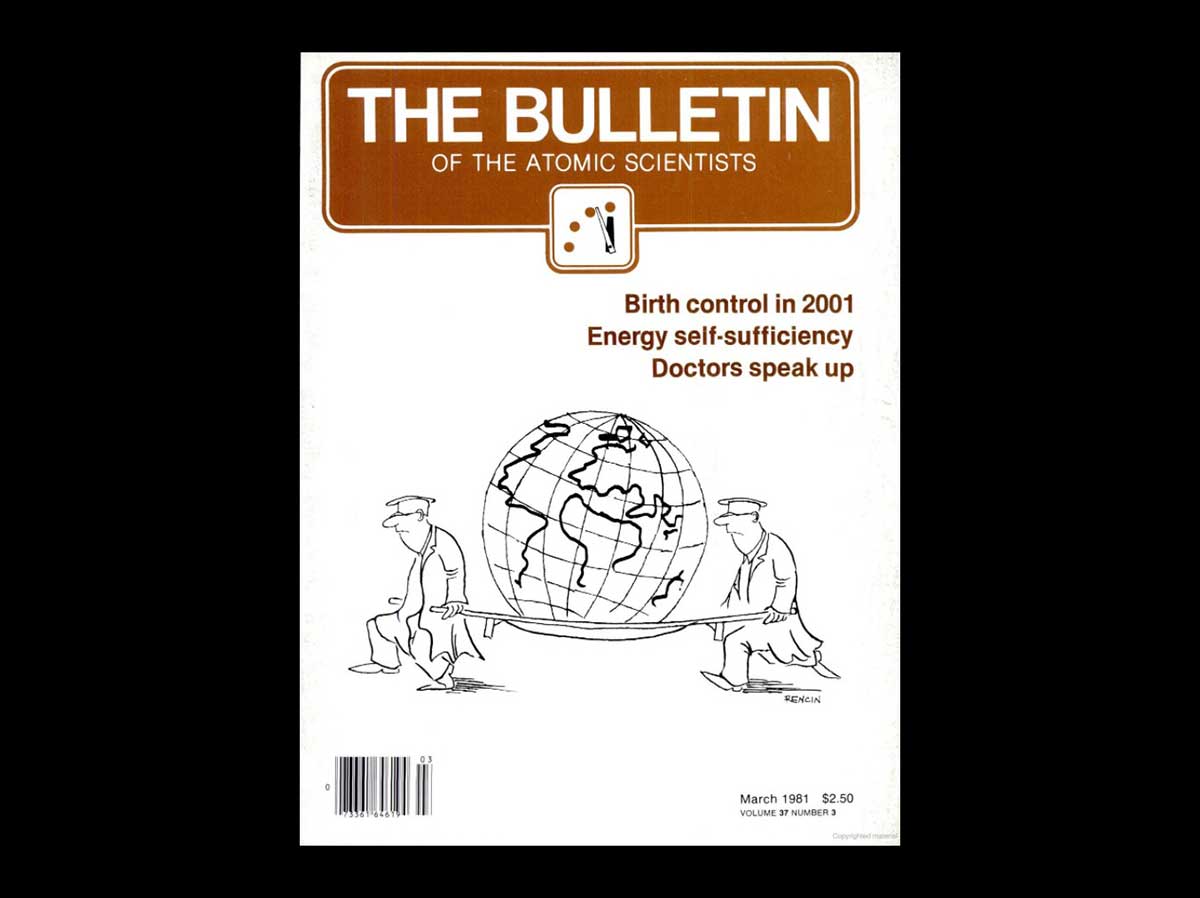 From an article titled “Preventing nuclear war” in the March 1981 issue of The Bulletin of Atomic Scientists:

An early arms control proposal dealt with the problem of distancing that the President would have in the circumstances facing a decision about nuclear war. There is a young man, probably a Navy officer, who accompanies the President. This young man has a black attache case which contains the codes that are needed to fire nuclear weapons. I could see the President at a staff meeting considering nuclear war as an abstract question. He might conclude: “On SIOP Plan One, the decision is affirmative. Communicate the Alpha line XYZ.” Such jargon holds what is involved at a distance.

My suggestion was quite simple: Put that needed code number in a little capsule, and then implant that capsule right next to the heart of a volunteer. The volunteer would carry with him a big, heavy butcher knife as he accompanied the President. If the President ever wanted to fire nuclear weapons, the only way he could do so would be for him first, with his own hands, to kill one human being. The President says, “George, I’m sorry but tens of millions must die.” He has to look at someone and realize what death is — what innocent death is. Blood on the White House carpet. It’s reality brought home.

Of course, this would only work with a president who isn't psychopathic. Some presidents might consider this as an incentive instead of a deterrent.

On September 26, 1983, the USSR's missile early warning defense system mistook the sun's reflection off a cloud bank for five inbound US Minuteman ICBMs and began to flash the LAUNCH warning at the Soviet Union's missile command: Stanislav Petrov, the missile commander on duty, ignored the computer warning and forestalled a nuclear war that […]

“Today’s Republican Party is the most dangerous organization in human history,” intones Noam Chomsky as methodically describes “a level of criminality that is almost hard to find words to describe.”

When an alert went out warning Hawaiians they were about to get nuked, they immediately stopped fapping.