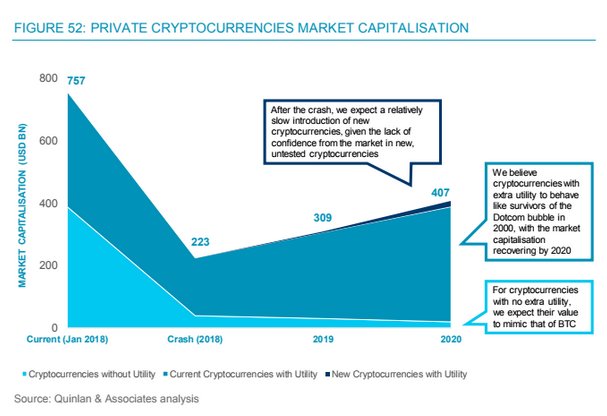 According to Business Insider's summary, the report's argument is that the irreducible complexities of using Bitcoin as a payment mechanism limits its long-term value, and the current high valuations are an artifact of speculation.

"As an asset, we valued Bitcoin using a cost of production approach and a store of value approach, resulting in values of USD 2,161 and USD 687 respectively. To value BTC as a currency, we estimated its utilization for both legal, retail transactions payments, as well as payments in the black market. After significant testing, we calculated the price of BTC 1 to be USD 1,780."