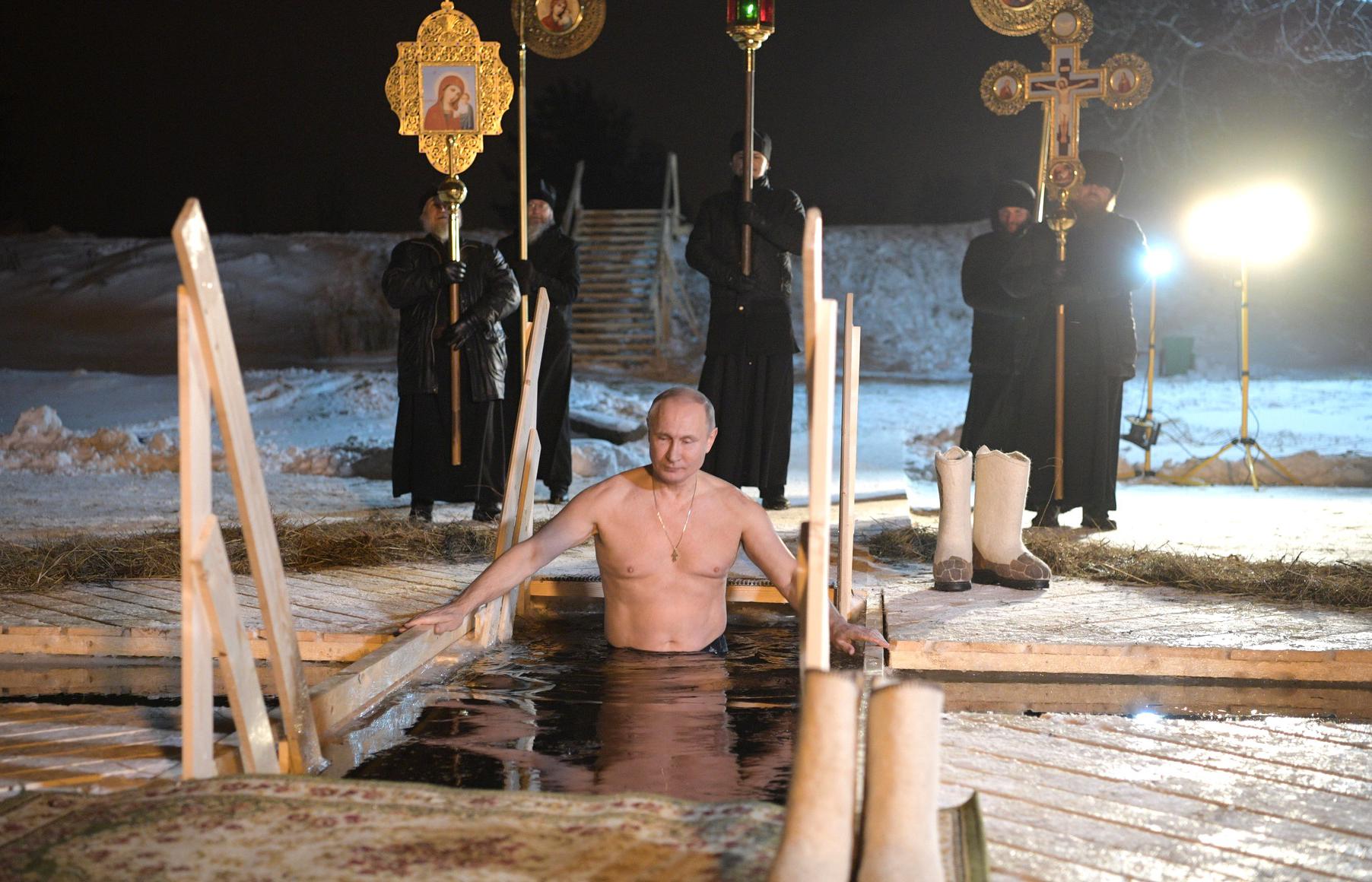 Putin does the best manly-man propaganda of all global bad guys. It's a long-established internet truth.

In the meme star's latest viral release, a shirtless dip in an icy pool.

The Epiphany Bath, as it is known, is celebrated on January 19, the day when the infant Jesus is believed to have been visited by the Three Wise Men, thus revealing Himself to humankind. The practice is said to relate to the symbolic baptism of Jesus in the River Jordan.