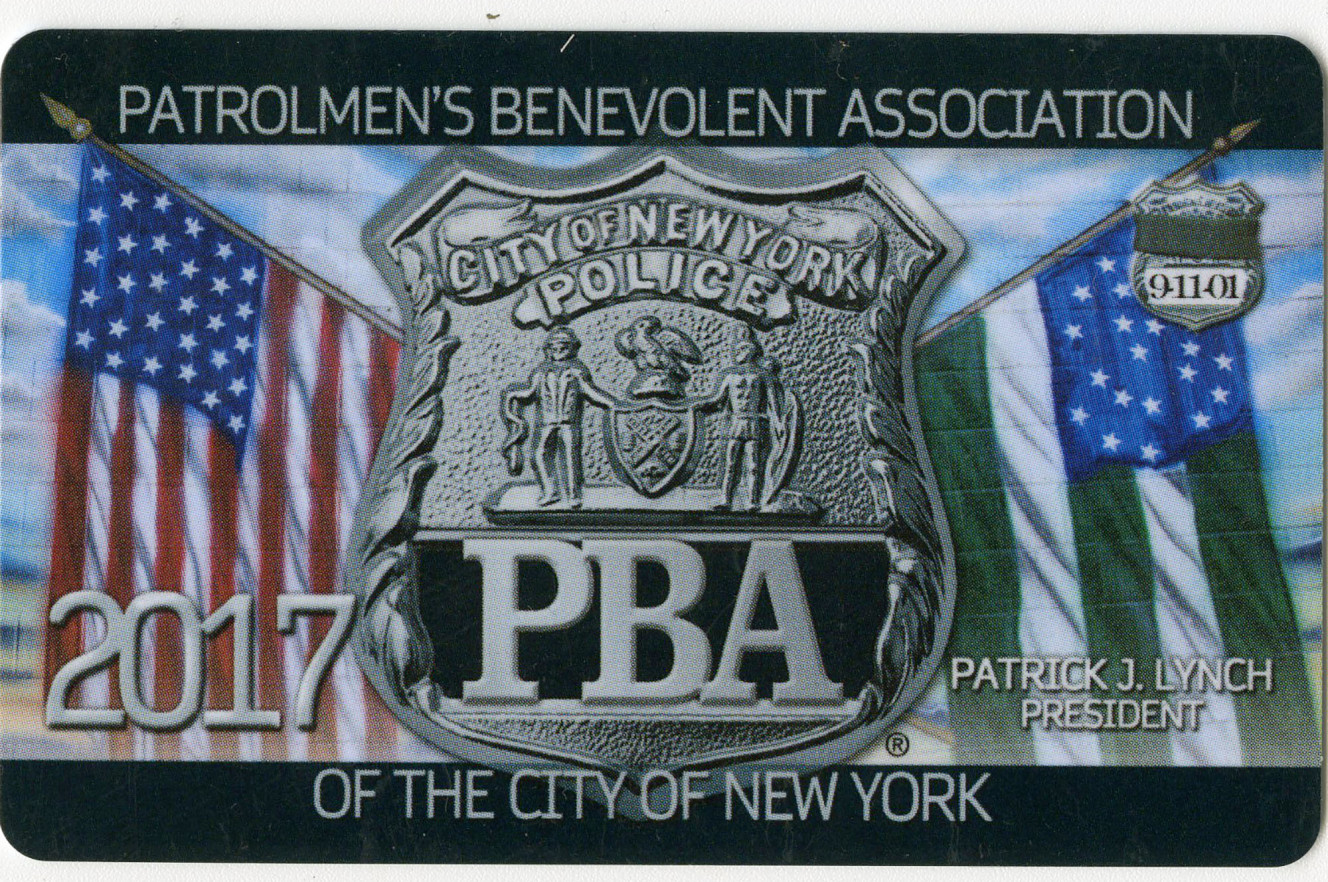 Every active NYPD cop used to get 30 Patrolmen's Benevolent Association "courtesy cards" from their union per year; now they'll only get 20 (retired cops used to get 20 and now they'll get 10).

These cards are known as "get out of jail free" cards, a kind of challenge coin that establishes the bearer's bona fides as a friend of the force; flash the card and cops will give you the benefit of the doubt, tear up your ticket, or otherwise give you the kid-glove treatment.

The cards were selling on eBay for $200 each when the union announced the cut, allegedly in a bid to curb the practice (and seemingly in defiance of the principle of supply and demand).

“They are treating active members like s–t, and retired members even worse than s–t,” griped an NYPD cop who retired on disability. “All the cops I spoke to were . . . very disappointed they couldn’t hand them out as Christmas gifts.”