A shirt that depicts Sasquatch as a bloodthirsty apex predator 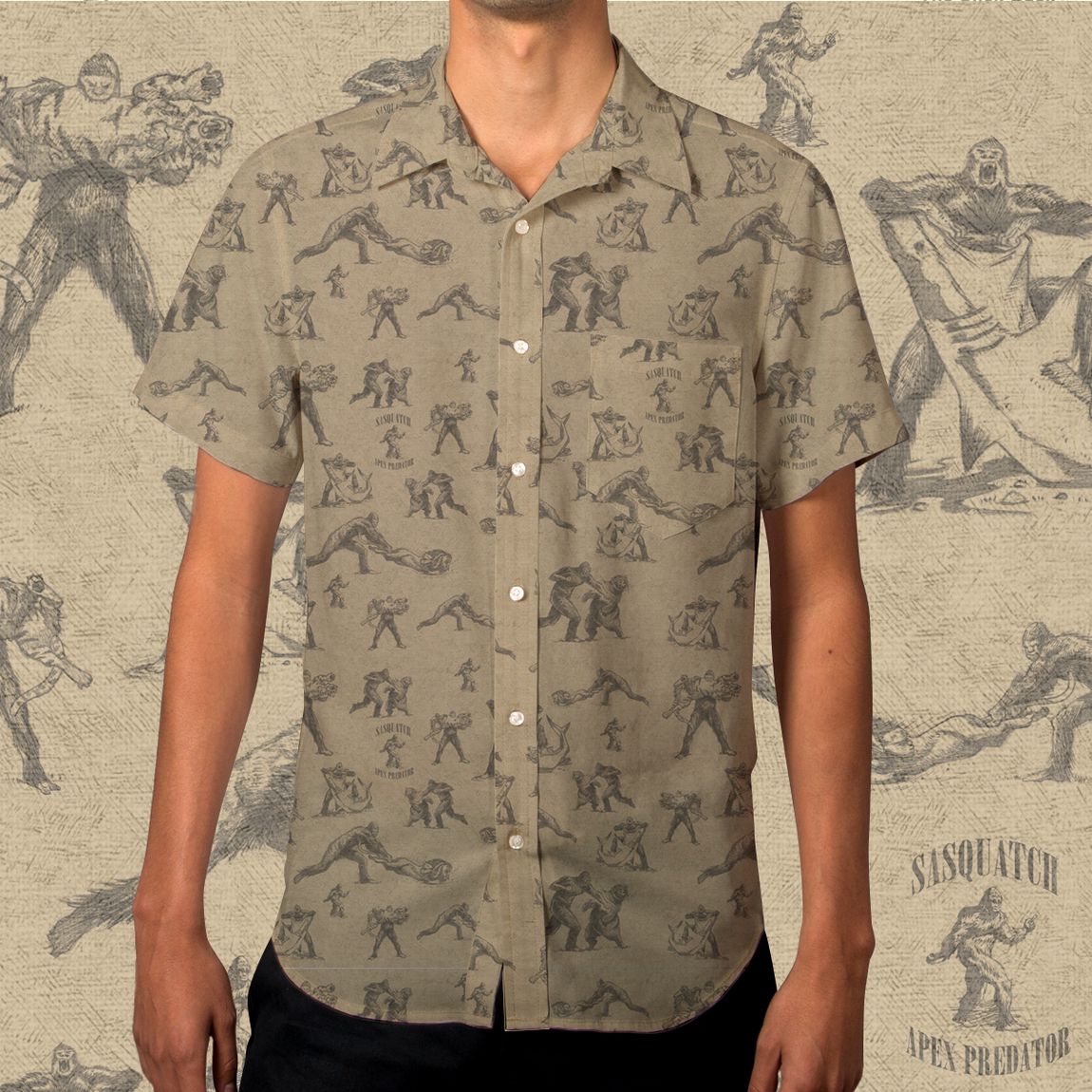 WATCH him crush God's creatures with ravenous bloodlust! LISTEN as they beg for mercy! ALAS, Sasquatch has none!

Woe be to any man or beast who dares challenge MIGHTY SASQUATCH!

If you thought he was but a shy, woodland herbivore, you'd be wrong. Catastrophically, jaw-rippingly wrong.

Here's a closer look at the art (which totally cracks me up):

It's part of a crowdfunding campaign which makes it available now for $57.80 (prices go up with its popularity over time).