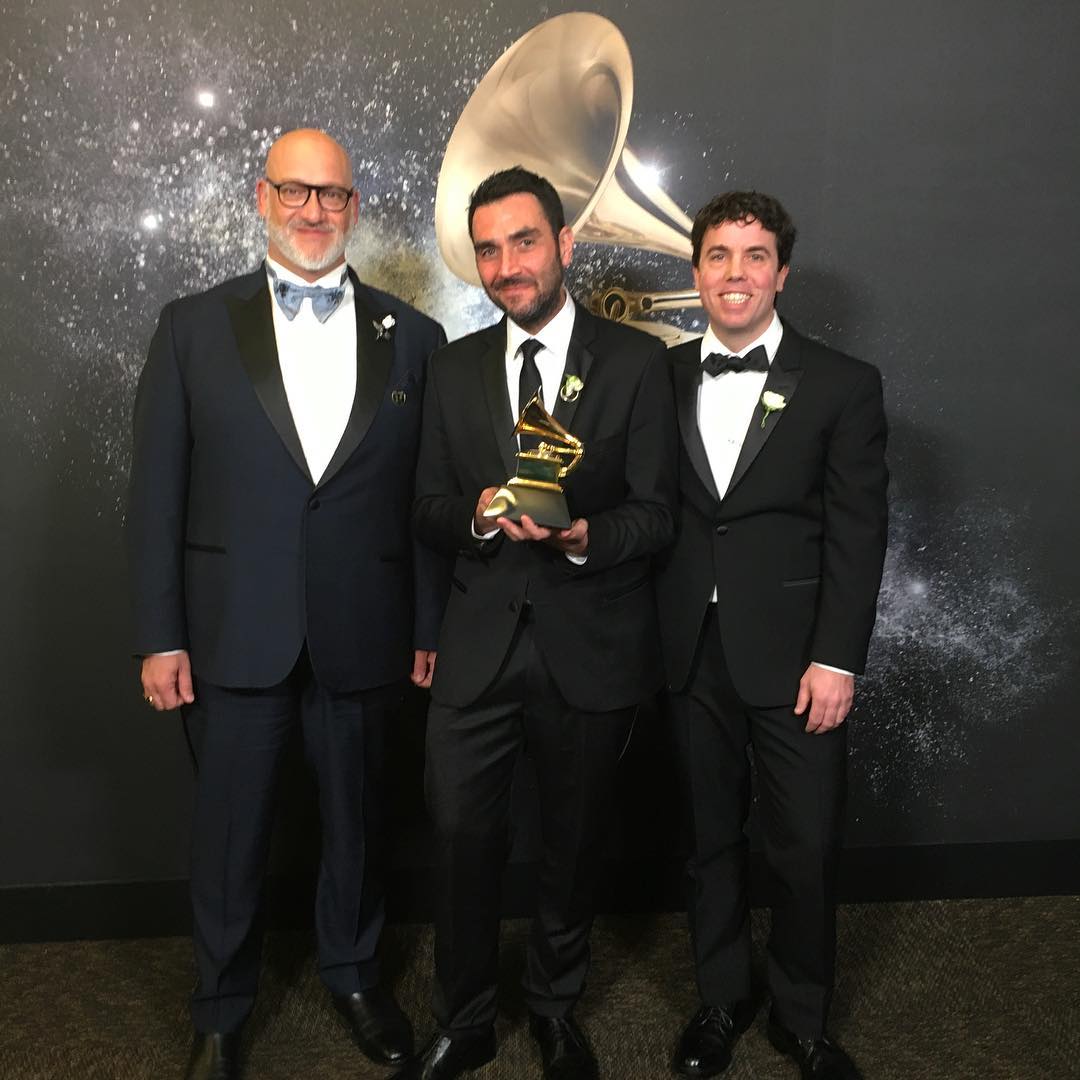 David Pescovitz, co-founding editor of this very blog, won the Grammy Award for best boxed or special limited-edition package for his work on The Voyager Golden Record: 40th Anniversary Edition, along with Tim Daly and Lawrence Azerrad.

The Walnut Hills High School and University of Cincinnati graduate (and a longtime friend of this writer) called the award a capstone to a lifetime spent gazing at the stars, obsessively collecting books about the cosmos and listening to albums made by artists from every corner of the globe.

Pescovitz and Daly cooked up the project nearly three years ago as an homage to the 1977 NASA probe that launched into space with a carefully curated golden record featuring a message for any extraterrestrial intelligence who happened upon it. The disc included some of Earth's greatest music, from Bach to Chuck Berry to Solomon Islands panpipes, as well as sounds of birds, a train, a kiss and more than 100 images to give our space friends a sense of who we are.

Our Voyager Golden Record: 40th Anniversary Edition won a Grammy! So thankful to @lad_design and Tim Daly for taking this trip with me, and for the support and inspiration of my family and friends. This is a testament to the vision of the original Voyager Record Committee in 1977. “To the makers of music — all worlds, all times.” 📀🚀👽 #voyagergoldenrecord @ozmarecords