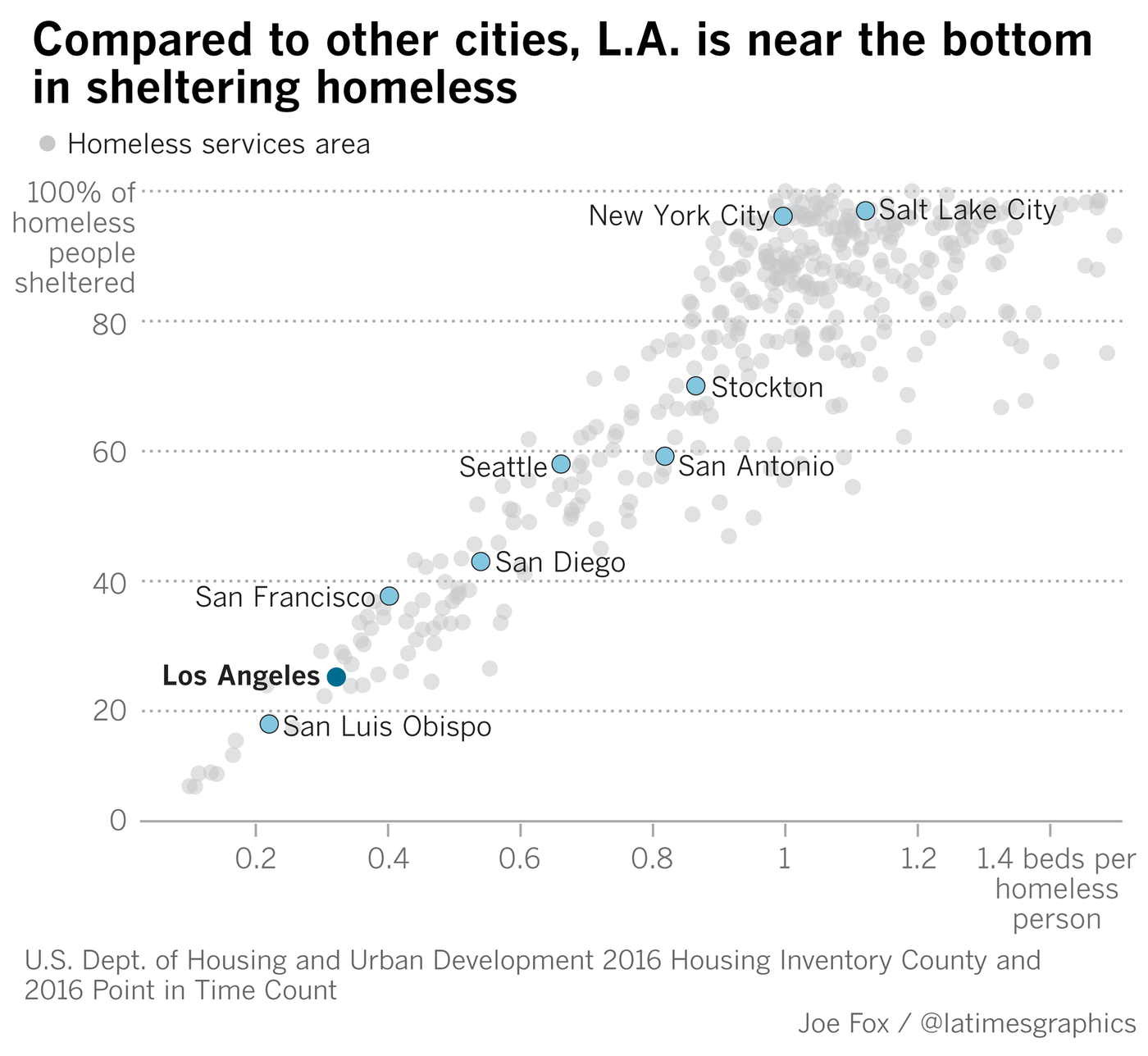 LA's homeless population is up 75% over the past six years; remove LA from the national statistics and the rate of American homelessness is actually in decline.

LA has recently voted billions in new taxes to build 10,000 new homes for homeless people, and another $100 million is due from a fund created by levying a fee on developers, but the new homes are still years away, and the sums, as large as they are, can't keep up with the surging homelessness in LA, driven by a combination of decades of terrible policy (creating a Skid Row sacrifice-zone where homelessness was contained, but not addressed; broken windows policing that rotated homeless people in and out of jail, stripping them of their belongings and any toehold they'd made on improving their lives) and a crazy housing bubble that has driven mass evictions and gentrification.

A recent "no wrong doors" policy to addressing homelessness has also been a mixed bag, as is documented in Virginia Eubanks's must-read Automating Inequality, with stilted algorithms being used to apportion benefits, often in defiance of common sense, justice and desperate need.

Some advocates trace L.A.'s failed policies to the city's 1975 "containment" policy on skid row, long the haven of last resort for alcoholics, the unemployable and disabled people.

Faced with widespread displacement of poor people during the redevelopment of Bunker Hill's Victorian boarding houses, the city rejected slum clearance of skid row. Instead, officials concentrated very-low-income housing and homeless services in the the 50-block district.

But it became a dumping ground for hospitals, prisons and other cities to get rid of people with nowhere else to go.

Homeless people on skid row were expected to enter shelters, graduate to transitional housing and finally earn permanent housing through good behavior, including sobriety. But many people fell off that path and never returned.

L.A.'s homelessness surged 75% in six years. Here's why the crisis has been decades in the making [Gale Holland/LA Times]