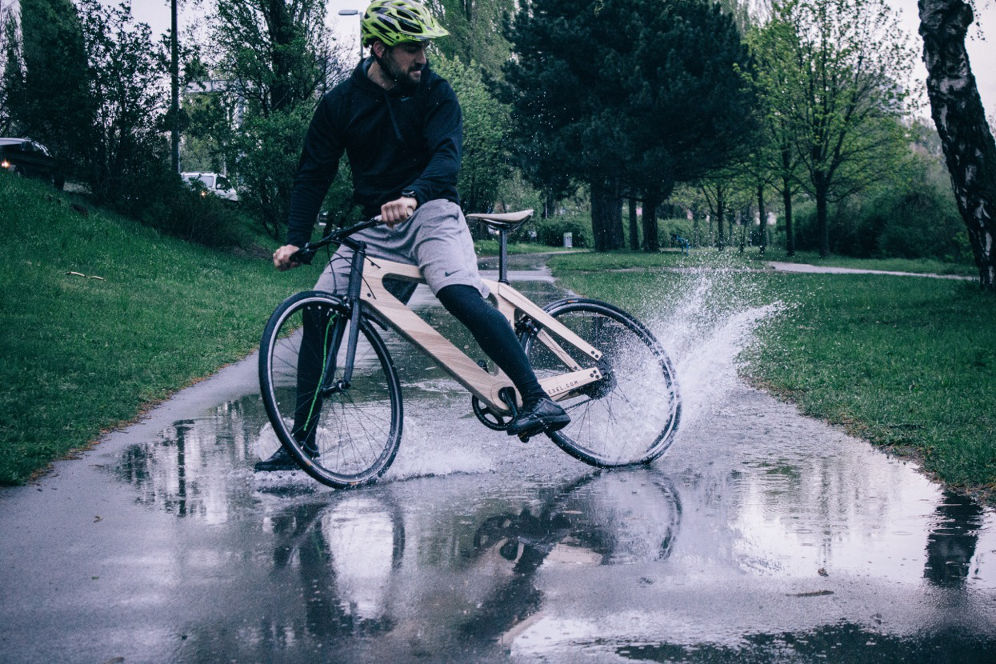 My Esel is an interesting design concept: It's a bike where the frame is made out of wood, with each cut bespoke to the dimensions that best fit the rider's body.

As this piece in Bikerumor describes it:

The key to that customization has been developing a parametric design software that lets My Esel plug in all of the key measurements of a rider’s body and translate that into a scalable frame layout part of which is then produced on a CNC mill. You have longer than normal lower legs? The software can accommodate a taller seat height without impacting reach.

The idea of using wood as the material for a bike frame isn't new. But what I dig about My Esel's concept is how it shows the great advantage of wood as material for customizable products.

Wood is easy to work with -- computer-guided mills can cut and shape it generally much more easily than, say, metals. Wood is both robust but reasonably easy to recycle, or even to biodegrade, depending on how organically you treat and finish it. And in most places on the planet wood can be obtained via renewable local resources, if you plan for it.

Too often when we think about making modern customized products, the imagination drifts to plastics or other synthetics, of the type that roll easily out of mass-manufacturing processes or one-off tech like 3D printers. But wood, as a medium for customizable stuff, totally rocks.

I'd grab one of these bikes myself, if the price weren't in the neighborhood of $3,500. Yowza.

(Photo via My Esel)