Your body has been outsourced 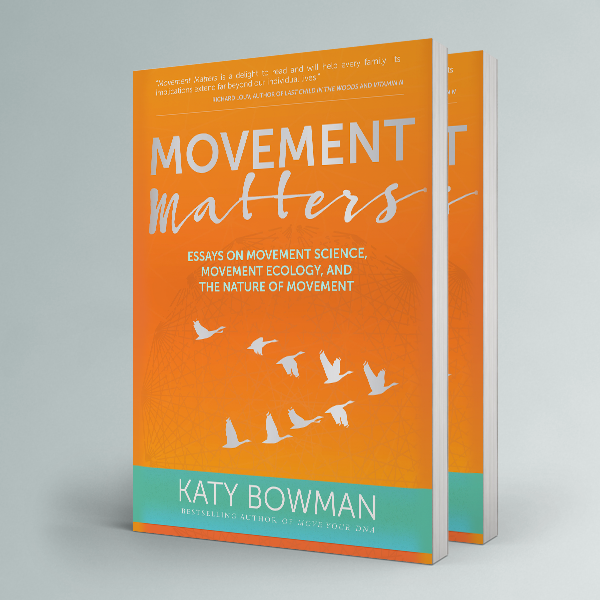 What follows is the most mind-altering first chapter I've read in a long time, from biomechanist Katy Bowman’s latest book Movement Matters: Essays on movement science, movement ecology, and the nature of movement.

Our daily life is composed of a lot of seemingly innocuous ways we’ve outsourced our body’s work. One of the reasons I’ve begun focusing just as much on non-exercisey movements as I do on exercise-type movements is that I feel that the ten thousand outsourcing a day during the 23/24ths of your time hold the most potential for radical change. Be on the lookout for these things. To avoid the movements necessary to walk around to all the car doors, or just to avoid turning your wrist, or to avoid gathering your tea strainer and dumping the leaves and cleaning the strainer (in your dishwasher?), you have accepted a handful of garbage, plastic (future landfill), and a battery. To avoid the simplest movements, you have — without realizing it — required other humans somewhere else in the world to labor endlessly, destroy ecosystems, and wage war… for your convenience.

Sedentarism is very much linked to consumerism, materialism, colonialism, and the destruction of the planet. If you’re not moving, someone else is moving for you, either directly, or indirectly by making STUFF to make not moving easier on you. You were born into a sedentary culture, so 99.9 percent of your sedentary behaviours are flying under your radar. Start paying attention. What do you see?”