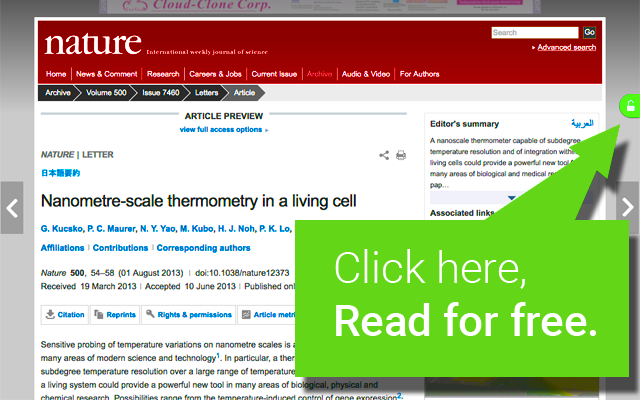 Unpaywall is a service that indexes open access repositories, university, government and scholarly society archives, and other sources that make articles available with authorization from the rightsholders and journals -- about 47% of the articles that its users seek.

It runs as a browser extension that adds notifier to your browser window when you load a scholarly article, with an icon that tells you whether there's an open access fulltext, and whether it's "green" or "gold" OA.

It won't replace Sci-Hub's near-complete archive of scholarly publications, but it's a useful adjunct that avoids the hassle of digging up whichever the current working Sci-Hub mirror is.