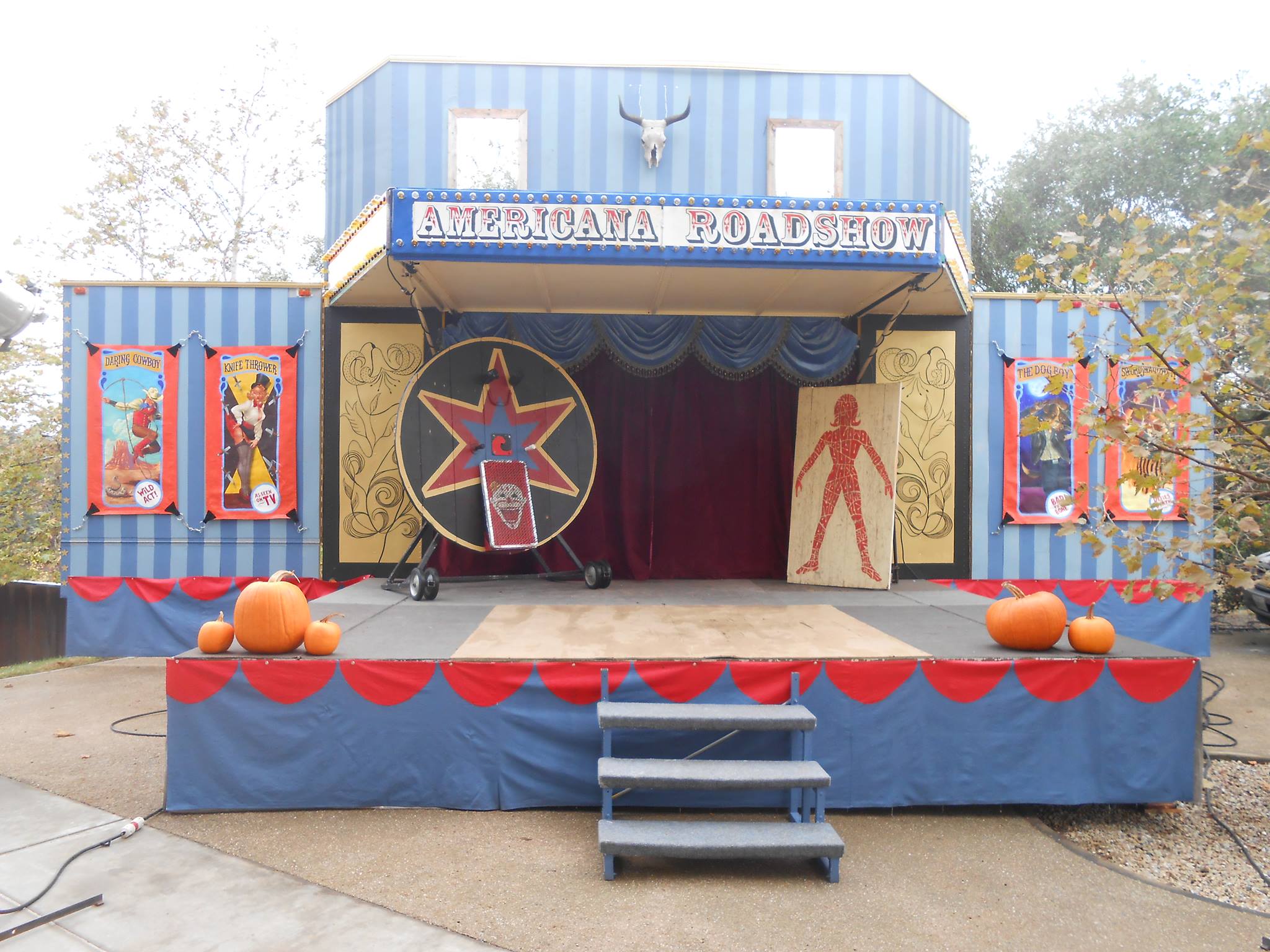 Since 2006, Matt "Molotov" Bouvier and his wife Miss Dixie DeLish have been traveling coast to coast playing fairs, festivals, carnivals, and Wild West shows with their "Americana Mayhem Roadshow." Sword swallowing, dog tricks, cowboy trick roping, precision bullwhip cracking, and knife throwing are part of their act, which they performed on this gorgeous fold-up theater.

On Monday morning, Matt announced on Facebook that they are selling the fold-up theater for $17,000.

This theater is the real deal. Matt and Dixie bought the stage in 2006 from some folks in Gibsonton, Florida who had been using it as a "Wild West Follies" show since 1997. (In case you didn't know, Gibsonton is a community for carnival workers.)

Matt explains that it takes two people two hours to set the 17'x17' stage up, with no heavy lifting. The stage drops on an electric winch and the marquee raises on hydraulics.

I’ve had an interesting run with this motorcycle. It is probably haunted, and really doesn’t want to go to Los Angeles.